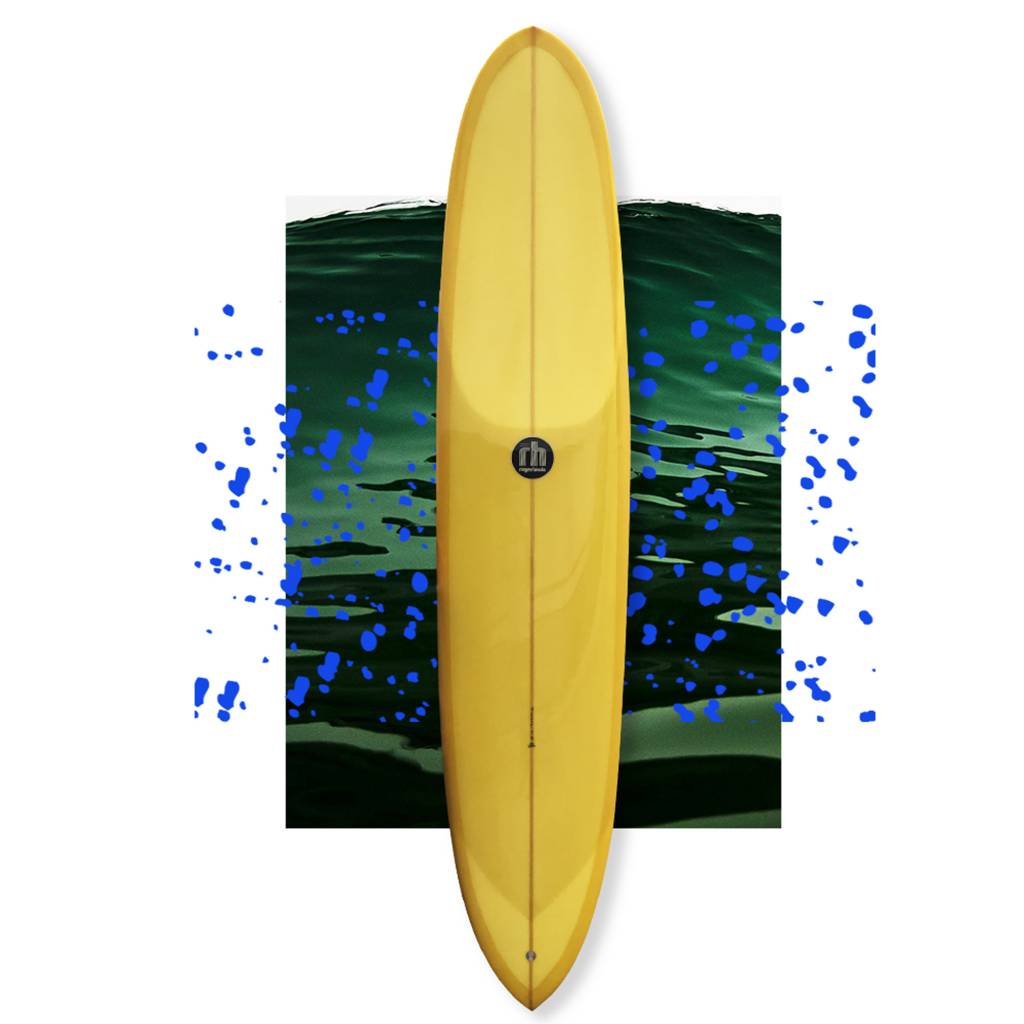 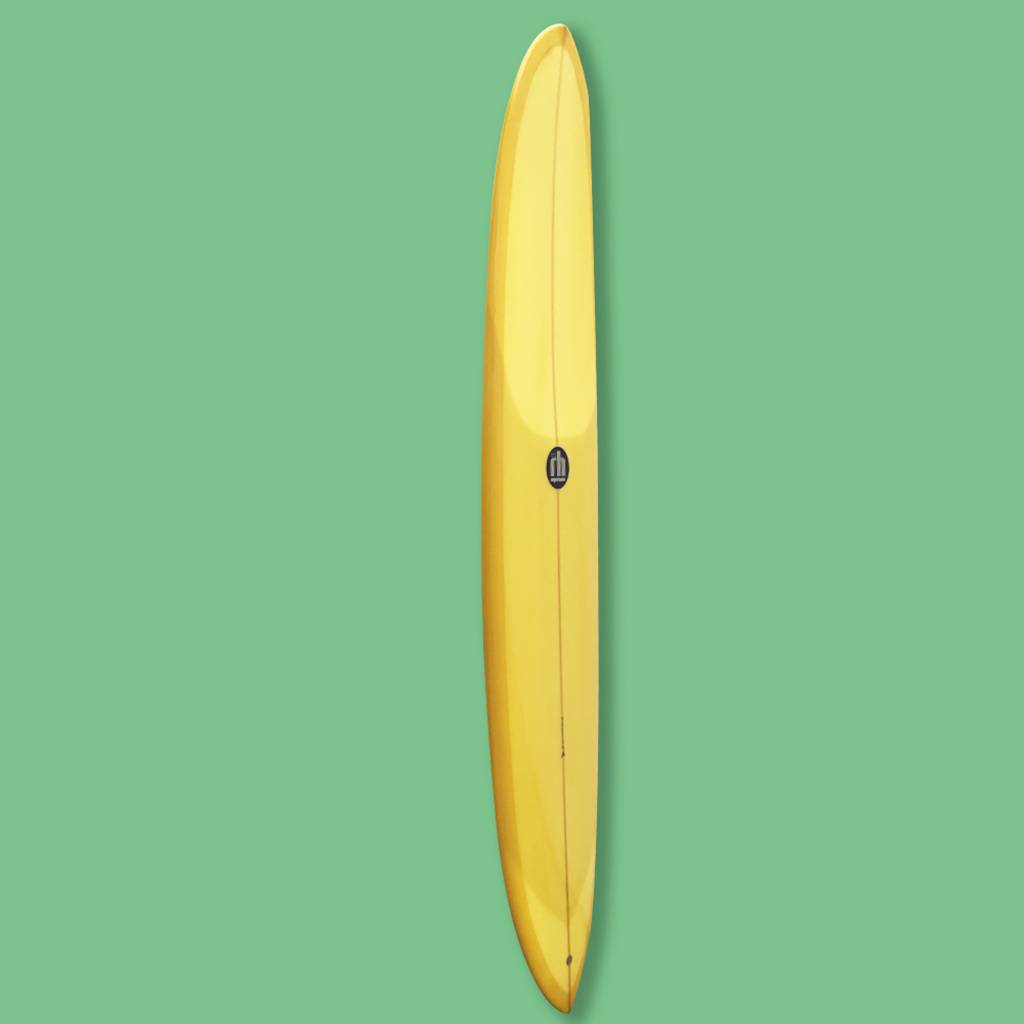 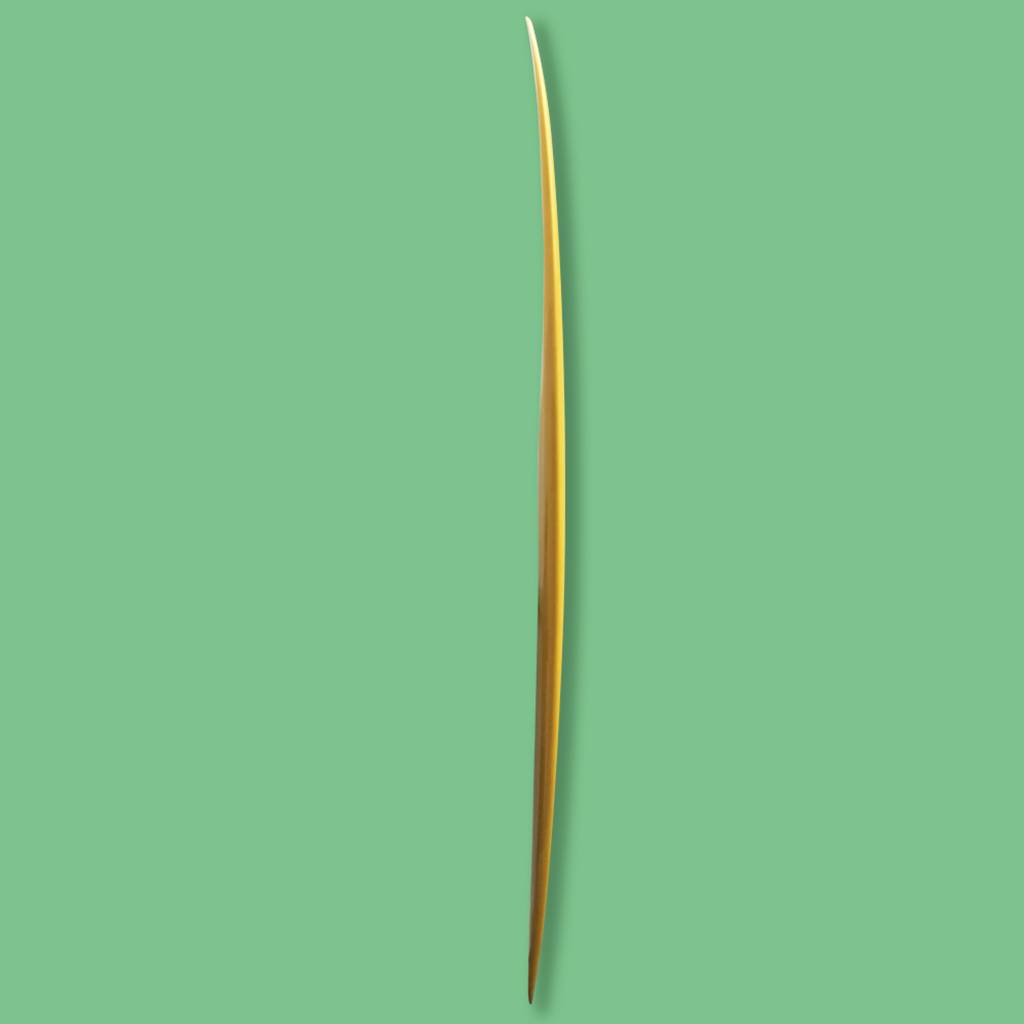 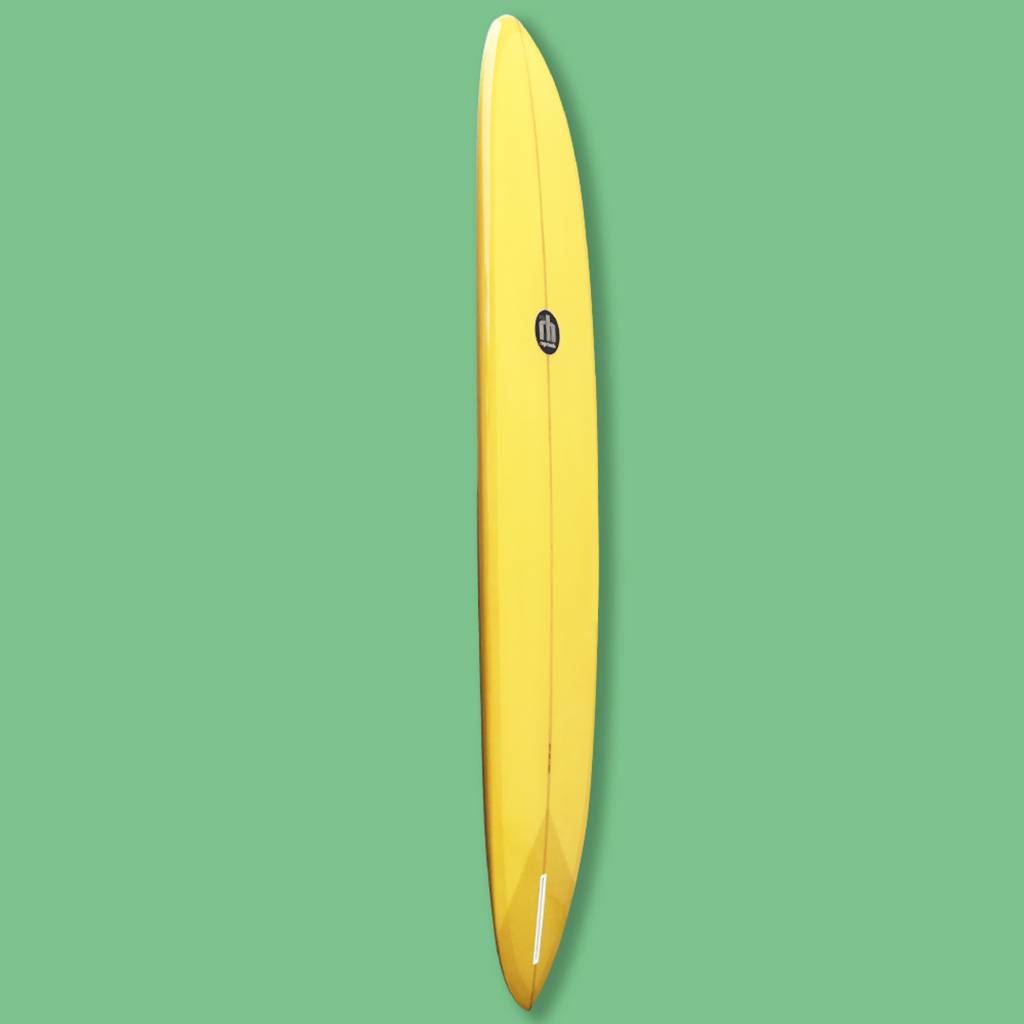 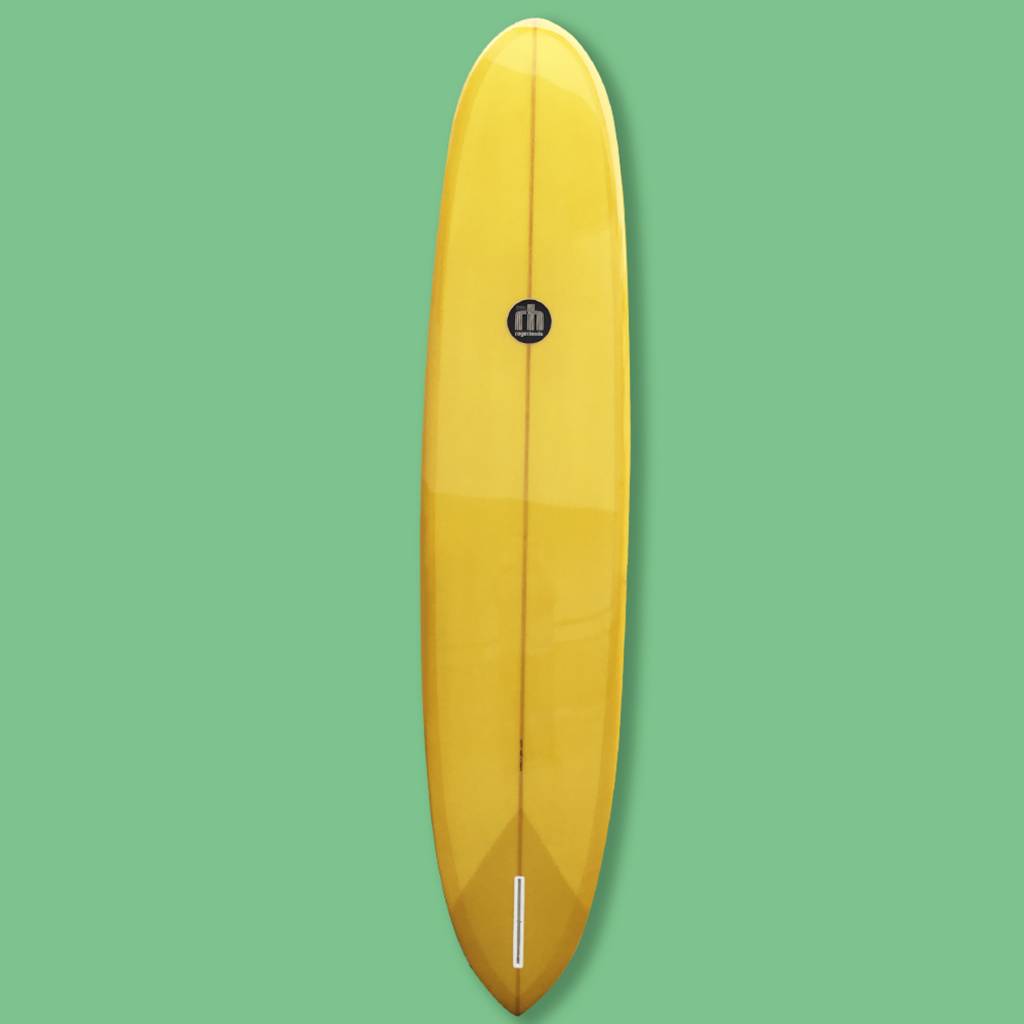 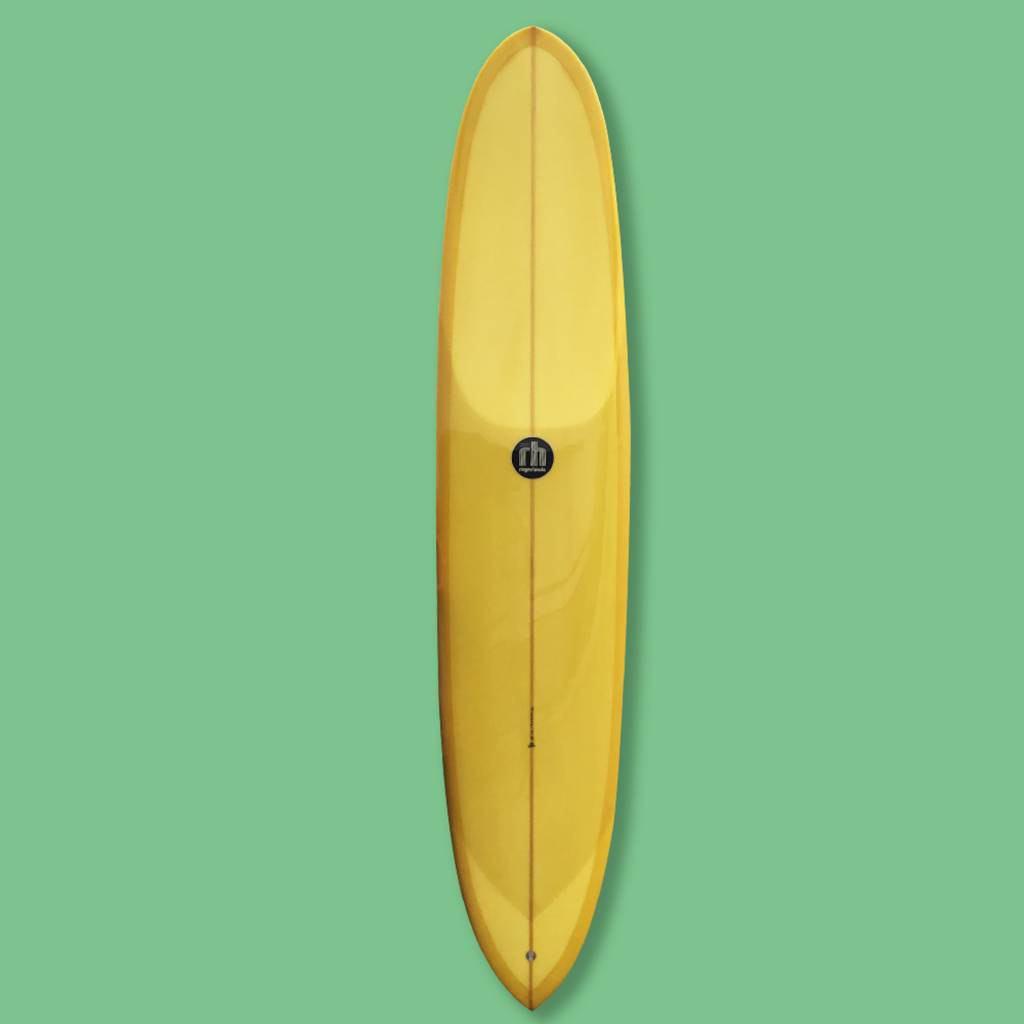 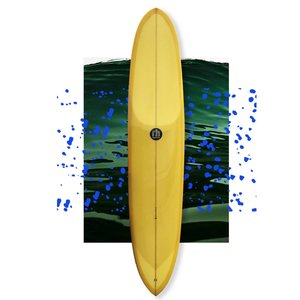 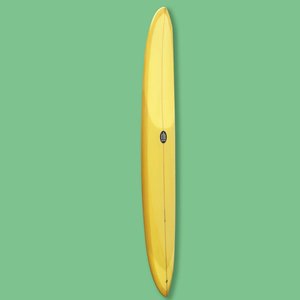 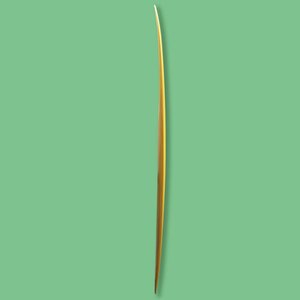 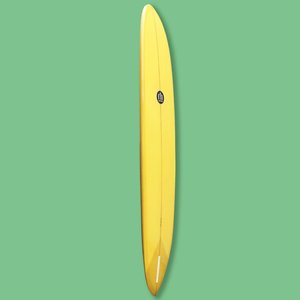 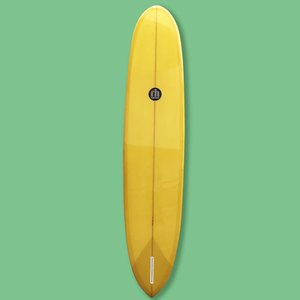 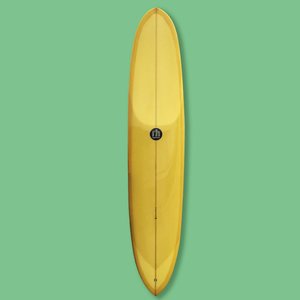 This surfboard was the model for the Ultimate Craftsman Project and was inspired by a 1967 Skip Frye shape. I wanted it to be really pinched all the way through the board, something different than any board you'd come across in a surf shop. this one has an amazing dark yellow tint, and was glassed by the master himself.

Stepdecks came around in the mid to late 60's.  Was to lighten the front end making it easier to swing.  The turns done back then were different from the turns people do now and was more of a throw than a carve.  It was also to set up nose riding and the lower front end weight made the bottom turn into a stall easier.  The flexibility of the nose was also something that enhanced noseriding.  Many models featured this, Surfboard Hawaii Step Deck, the Dora Da Cat, Oceanside Spoiler, many others.

The original idea for a step deck is credited to Reynolds Yater. His idea was to effectively reduce swing weight in turning. His model was, and is, called The Spoon. It was introduced around 1965. 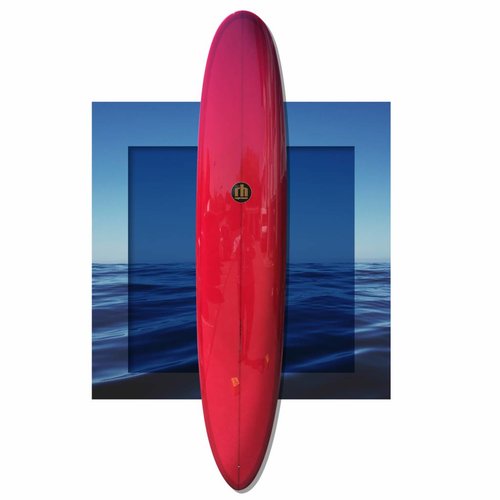 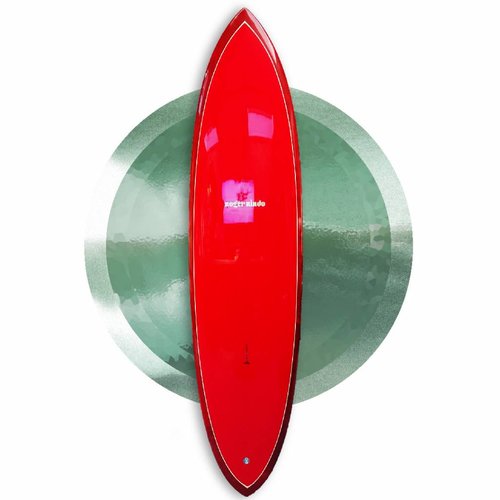