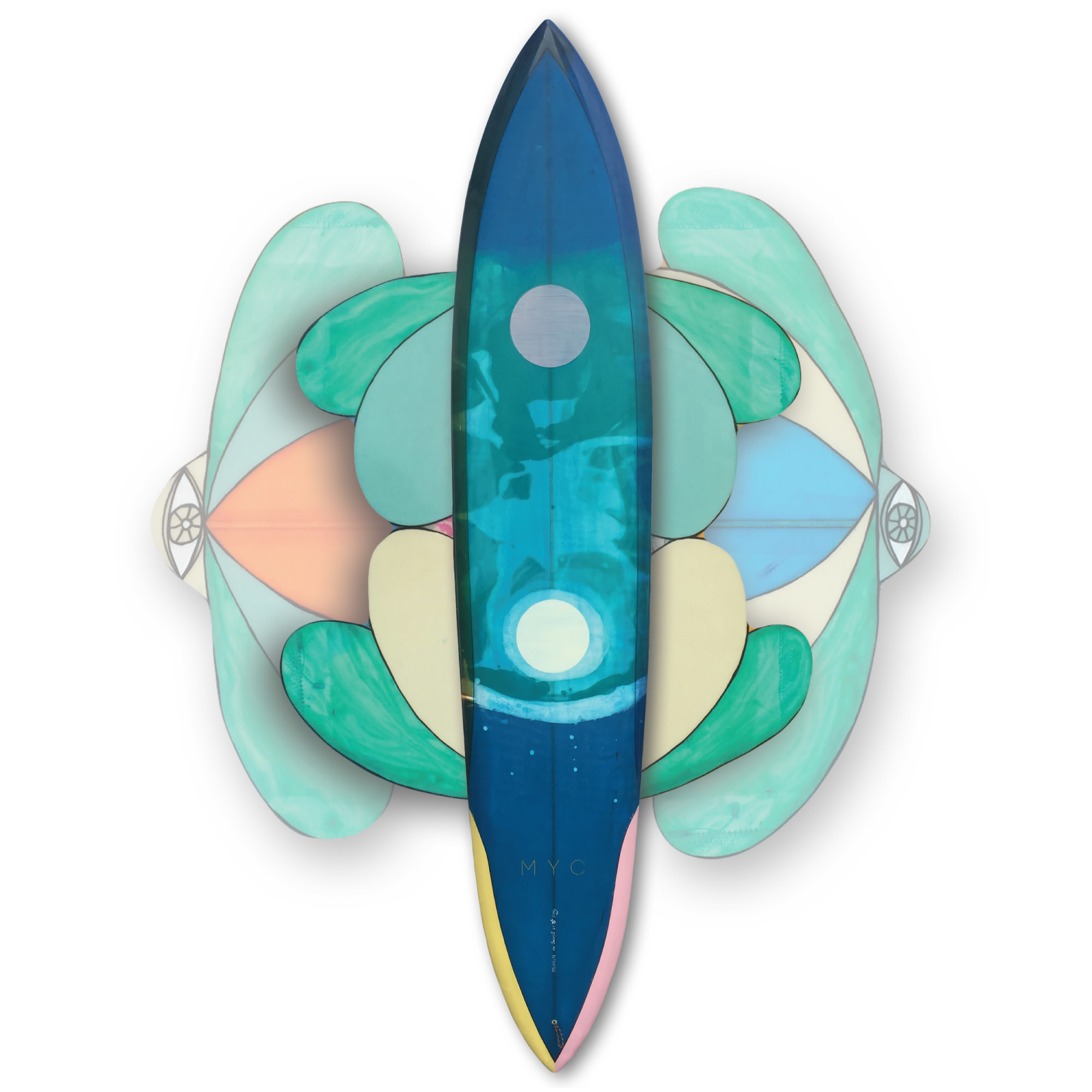 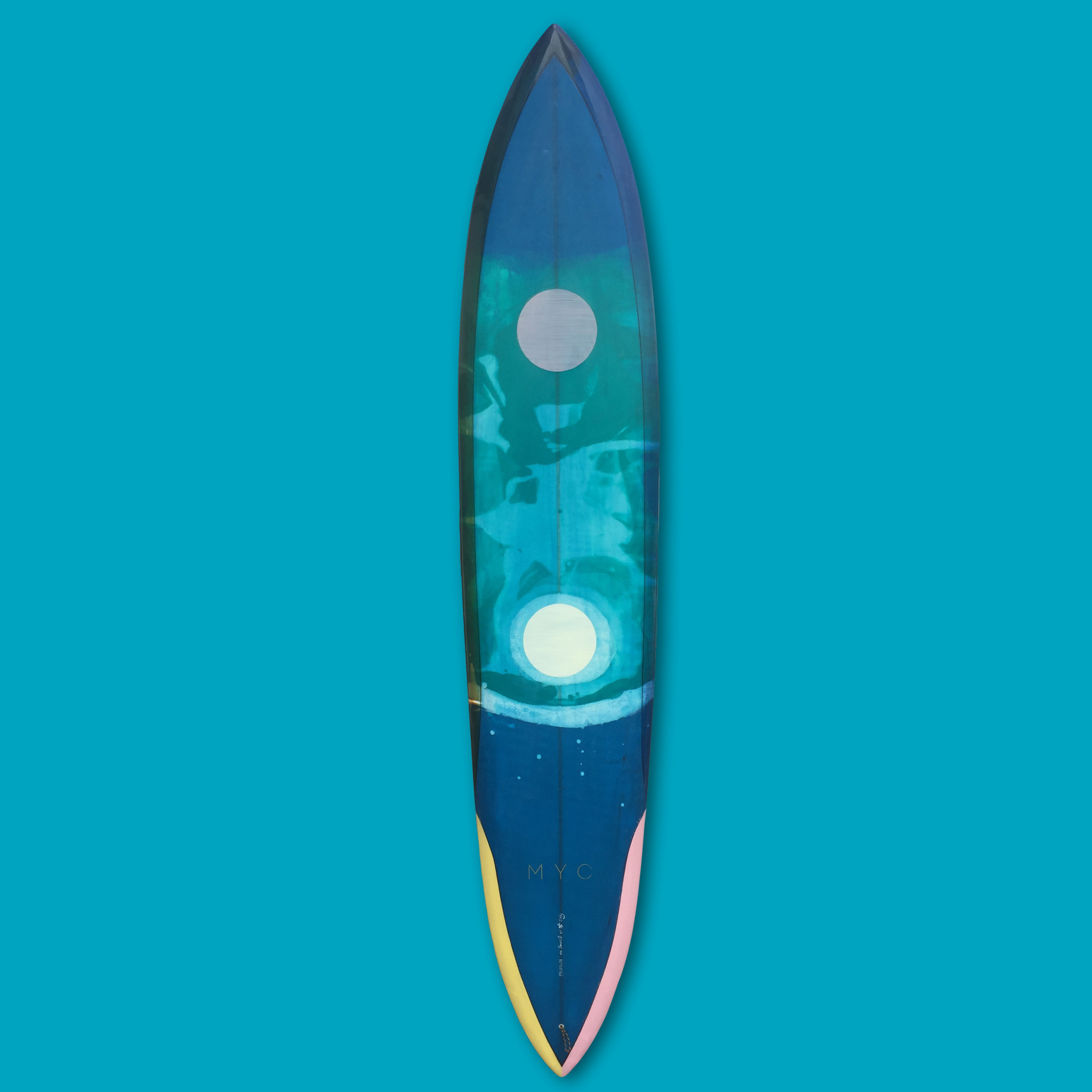 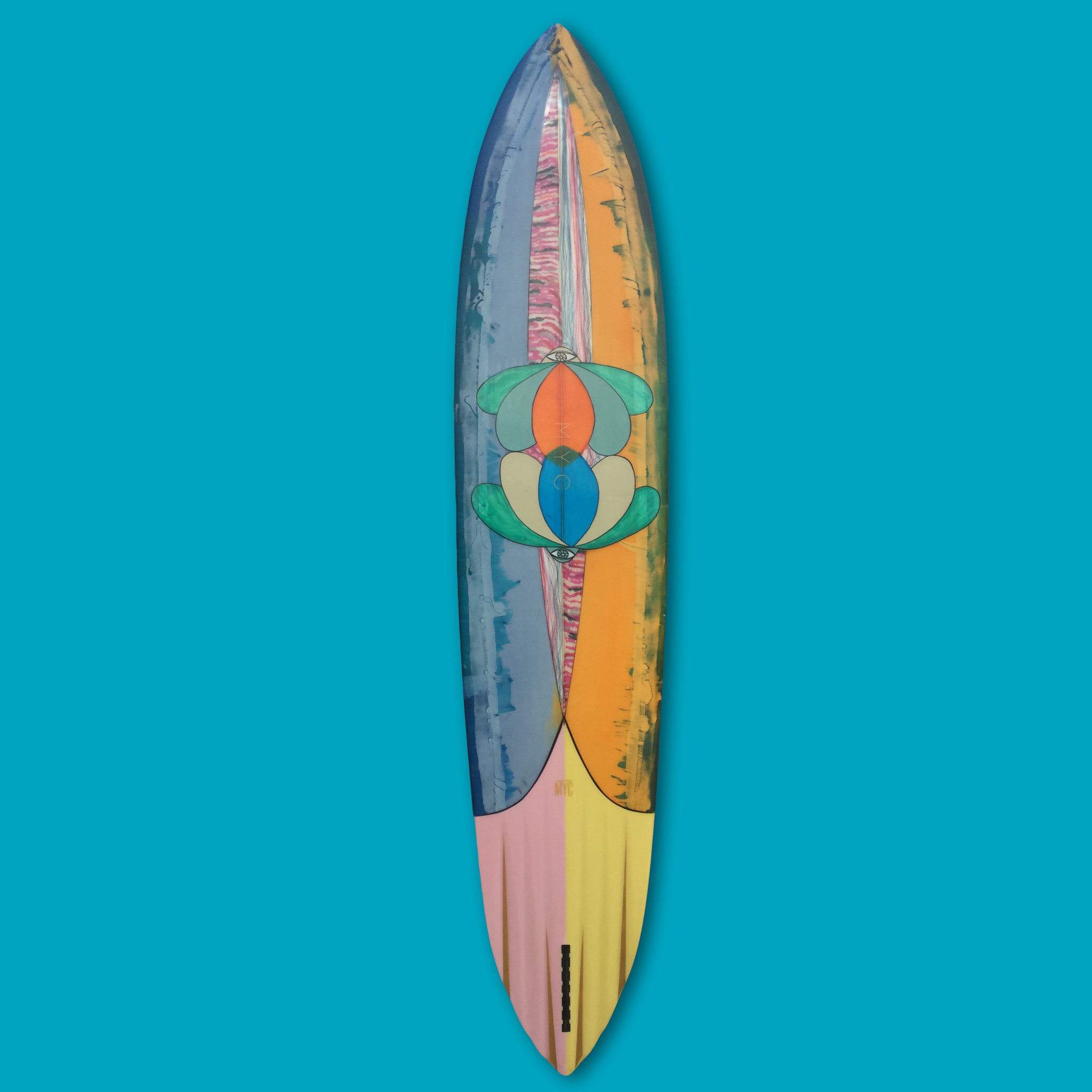 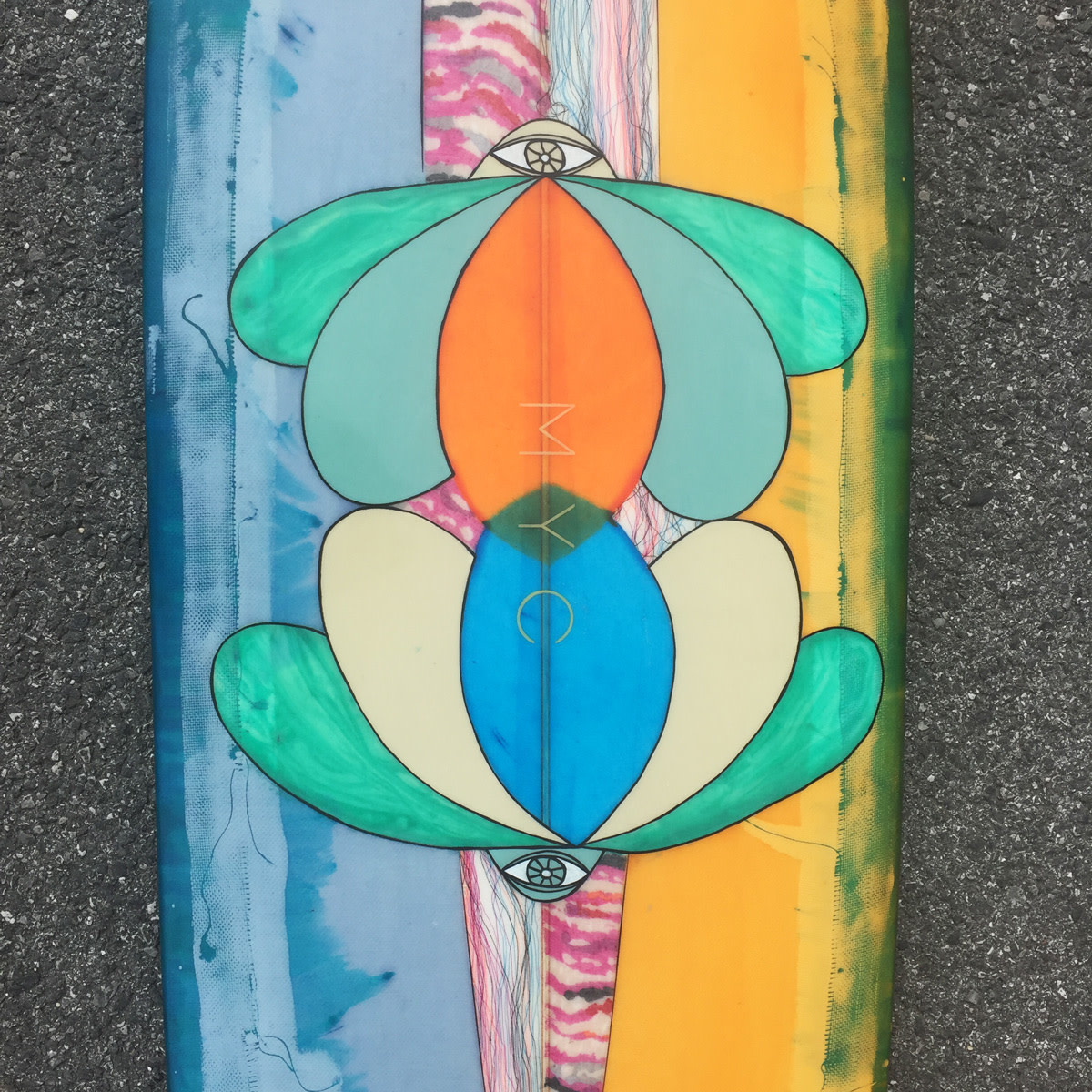 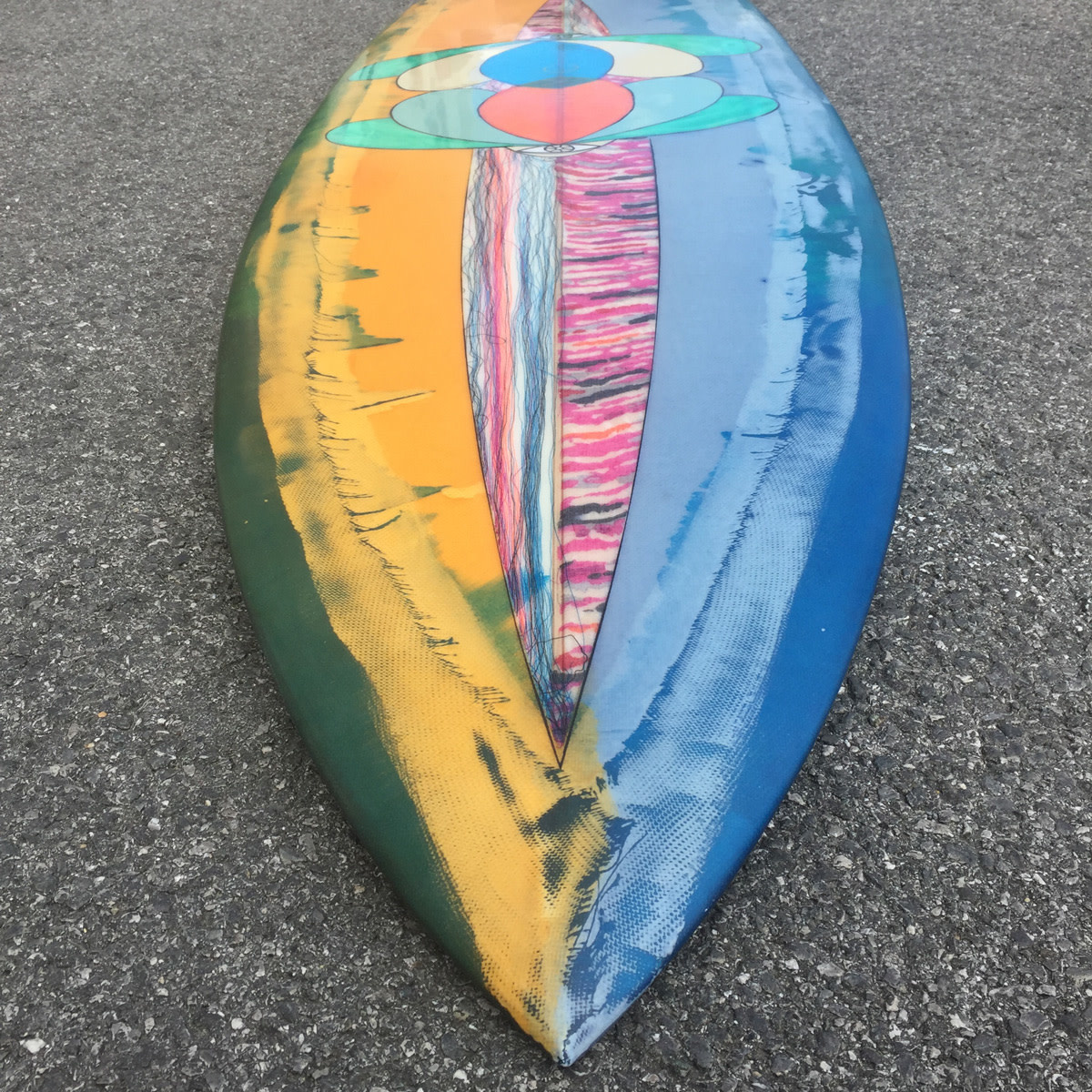 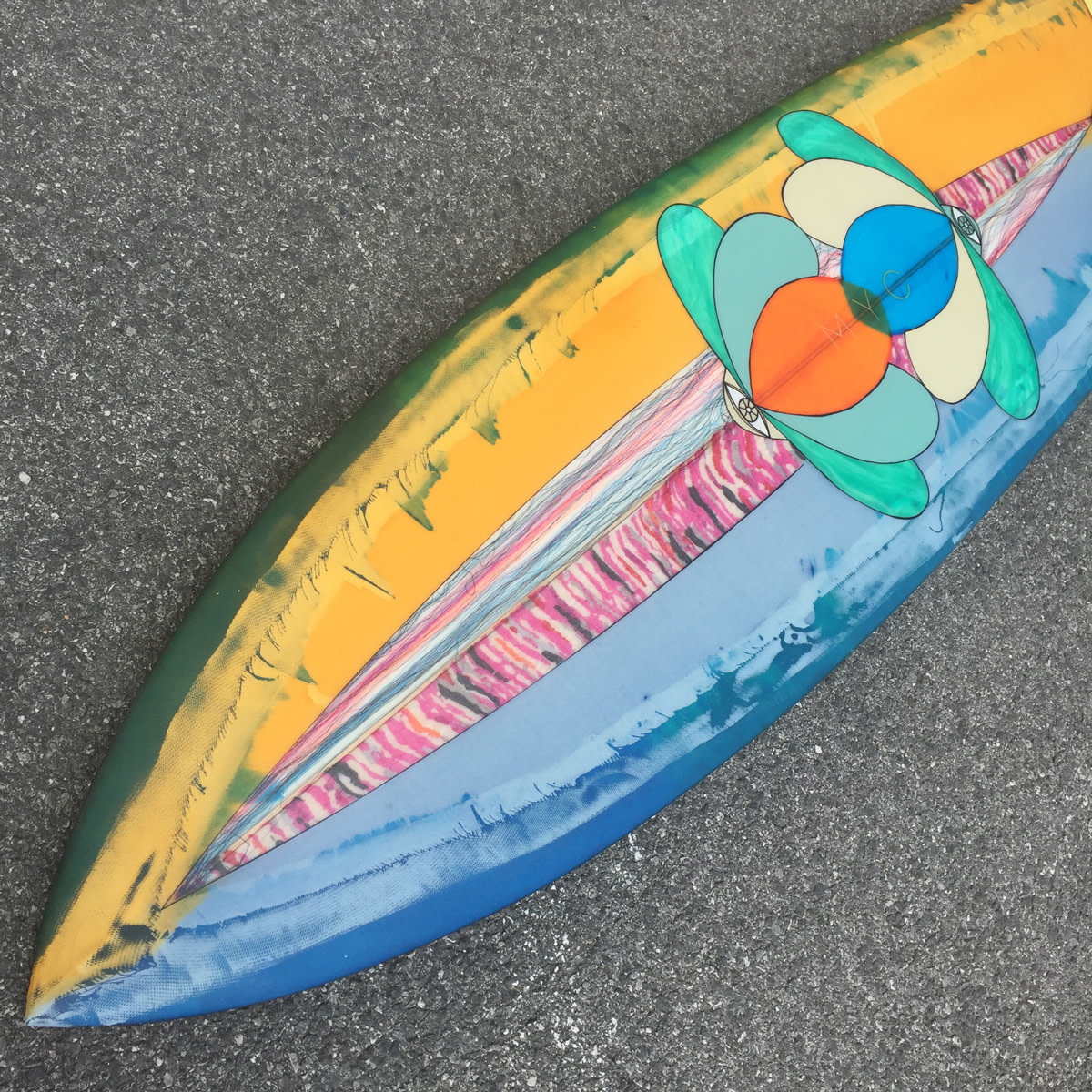 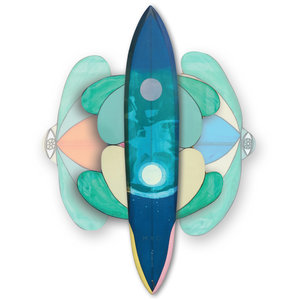 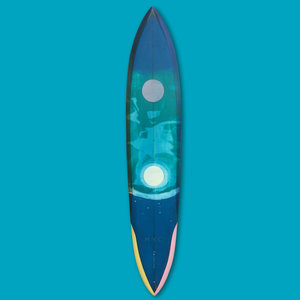 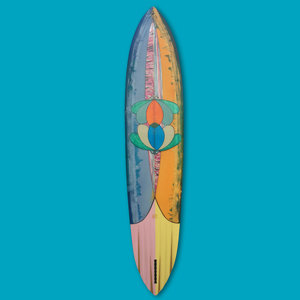 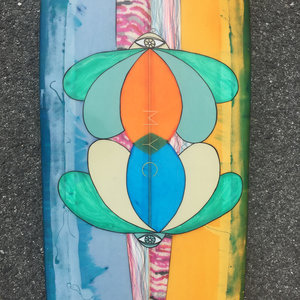 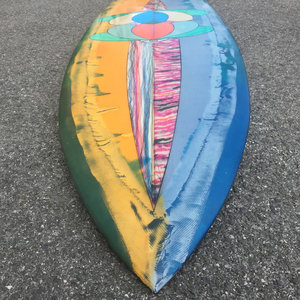 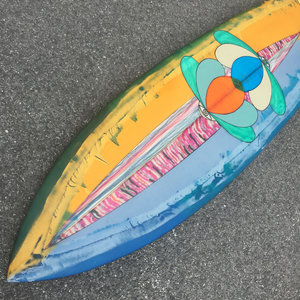 So Matt Yeates is a UK native, operating from Byron Bay and shaping and glassing the most outrageously dope shapes under his label MYC Surf. Lots of seventies inspired outlines donned with artful glass jobs, channels, wings and chine rails.

This big big six channel 9'7 could be ridden finless easily, but will let itself be finned out with a pivot style smaller single and behave beautifully as a smallish glider. And the whole line-up can space out on the amount of culture oozing out of your board at the same time.

We call that a win-win situation.

This one has been waxed up and ridden once or twice, but it's in triple A condition.

In short, get it, or we'll wax it up again ourselves. 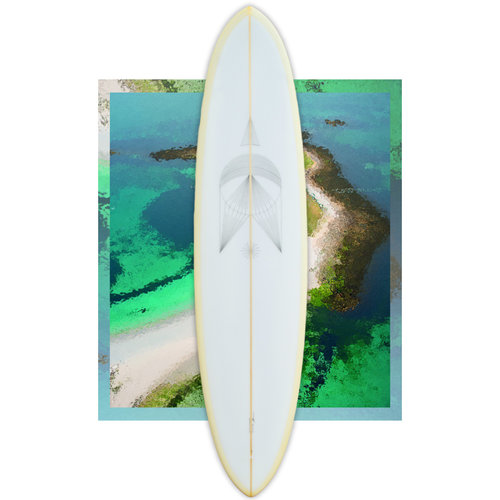 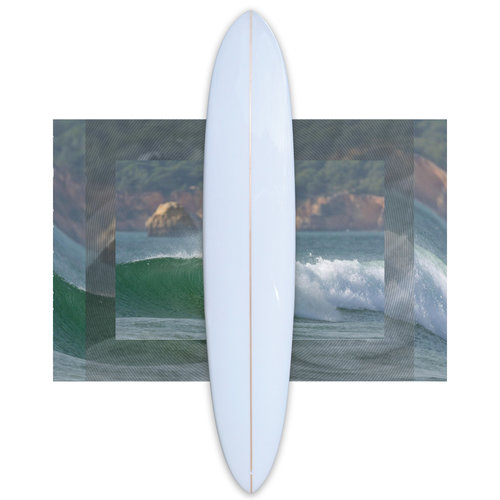 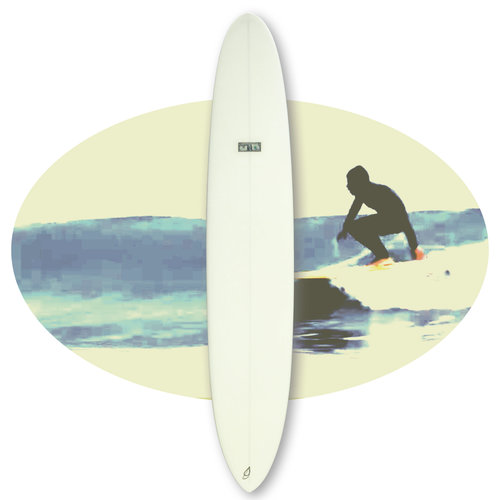