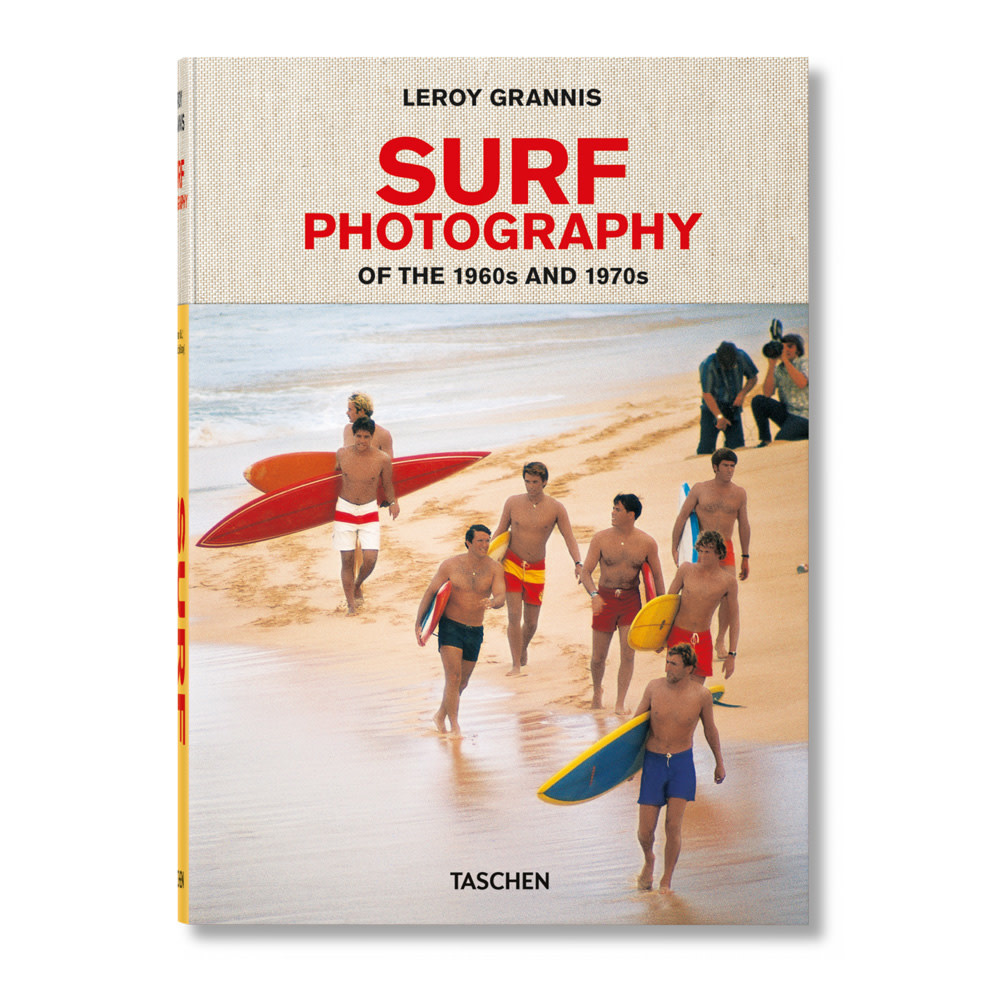 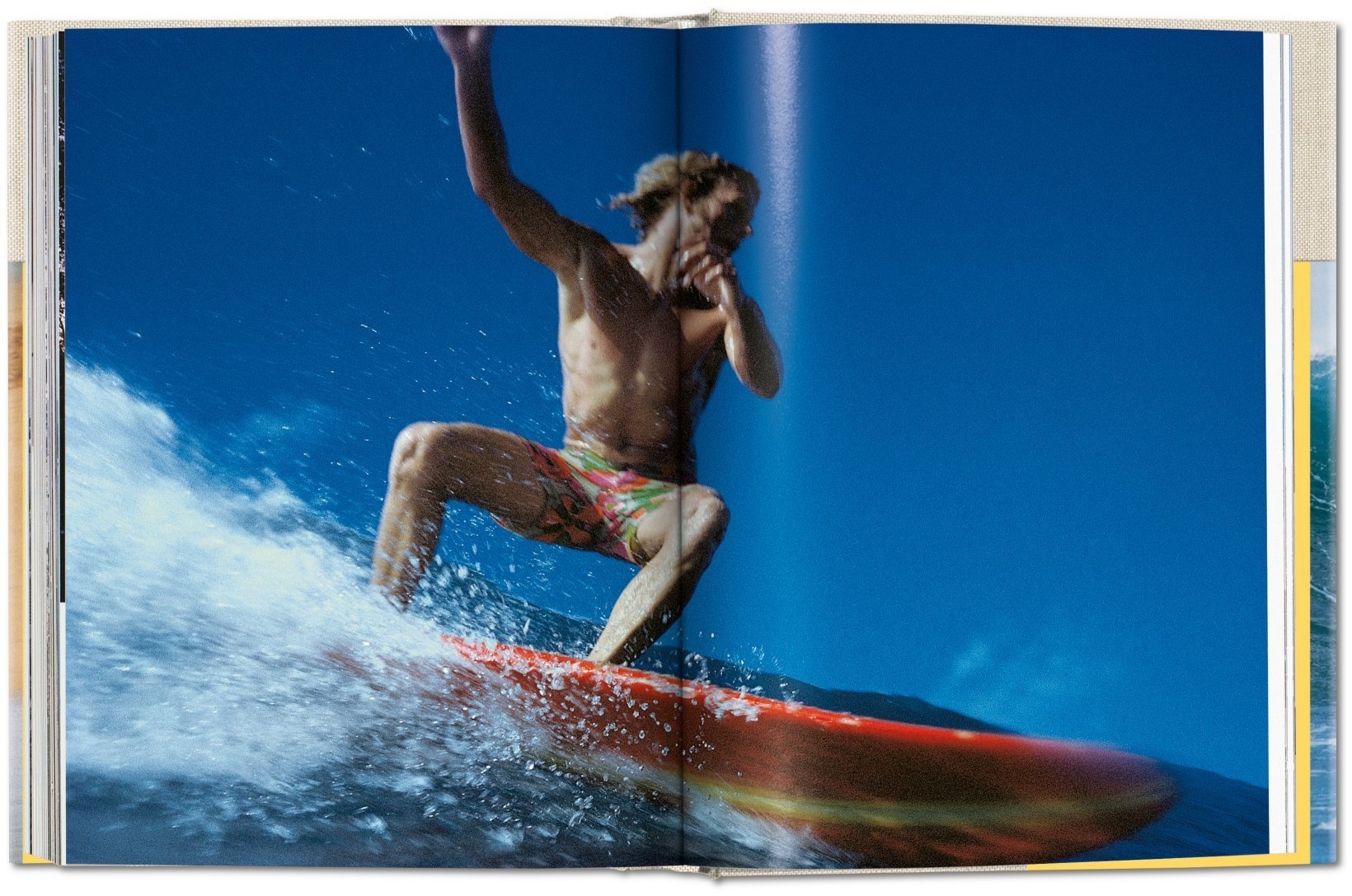 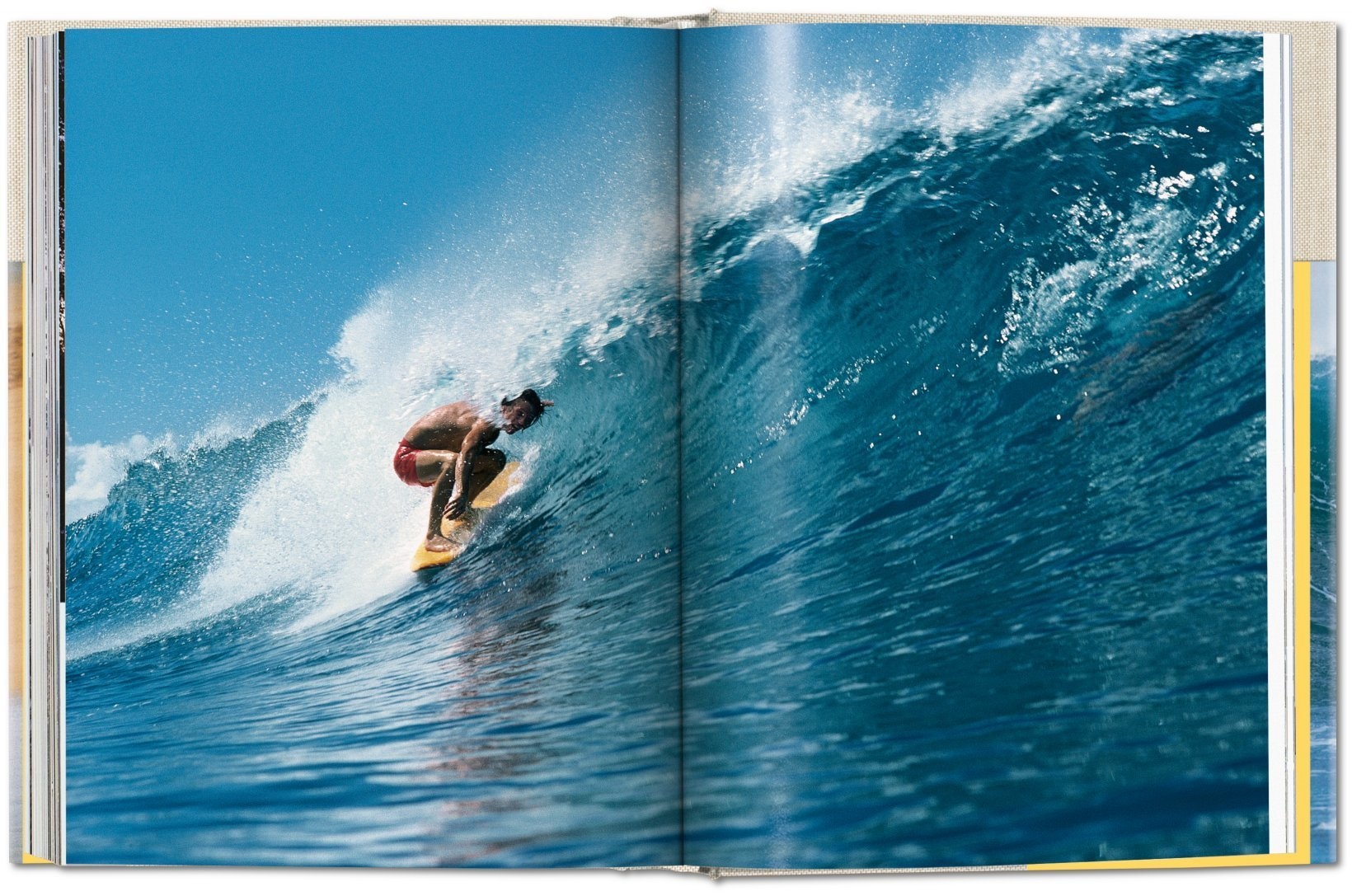 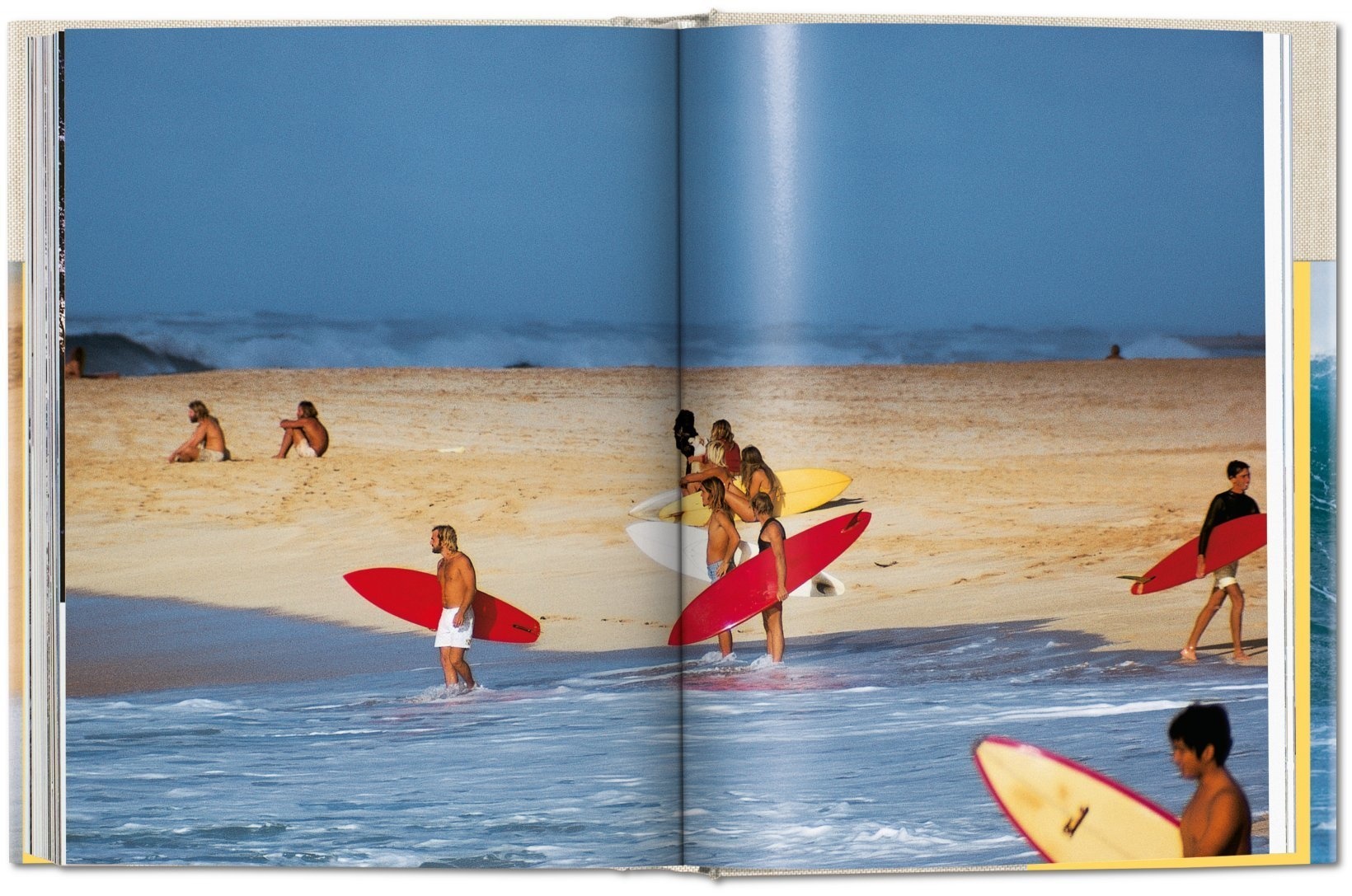 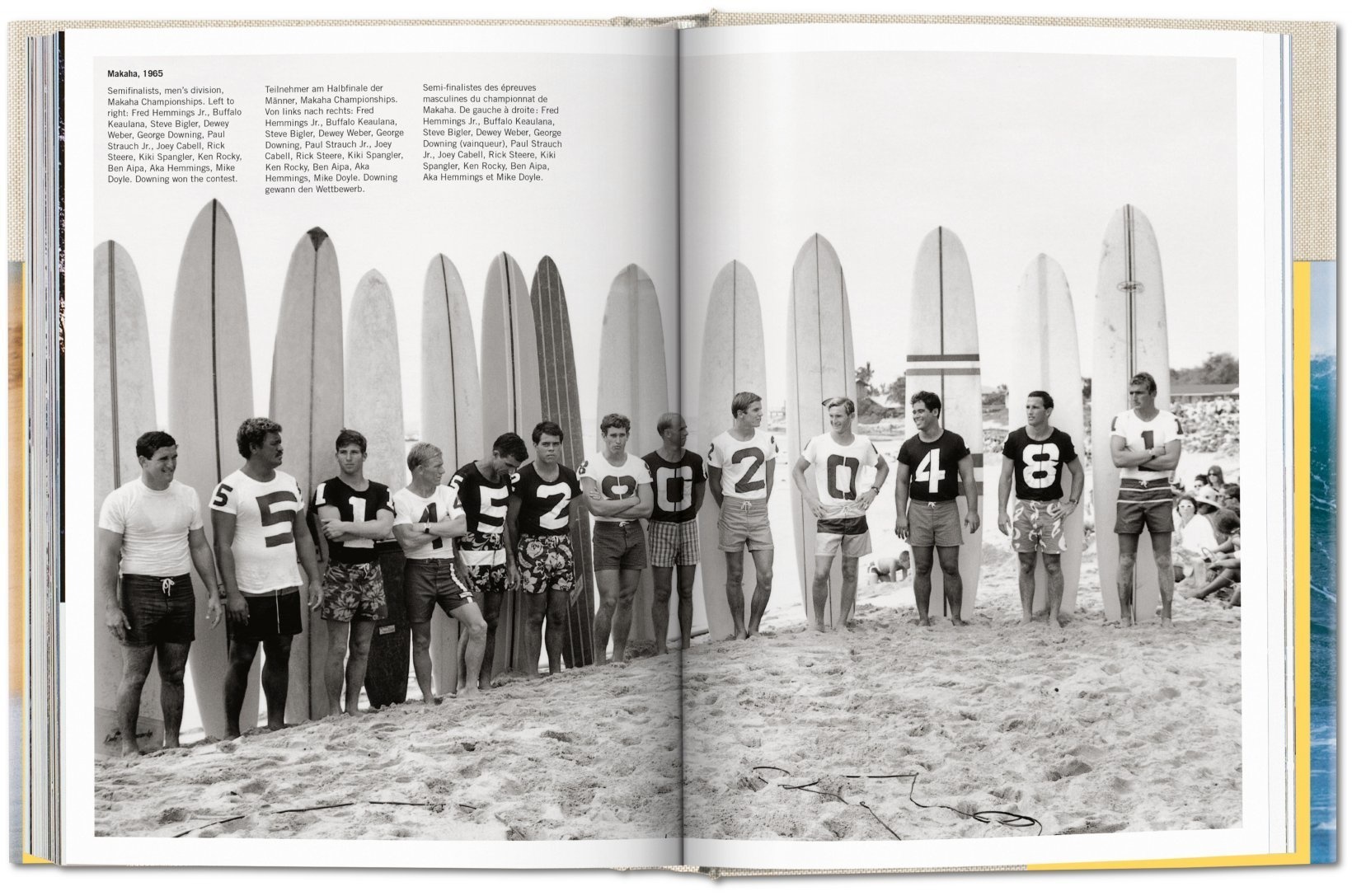 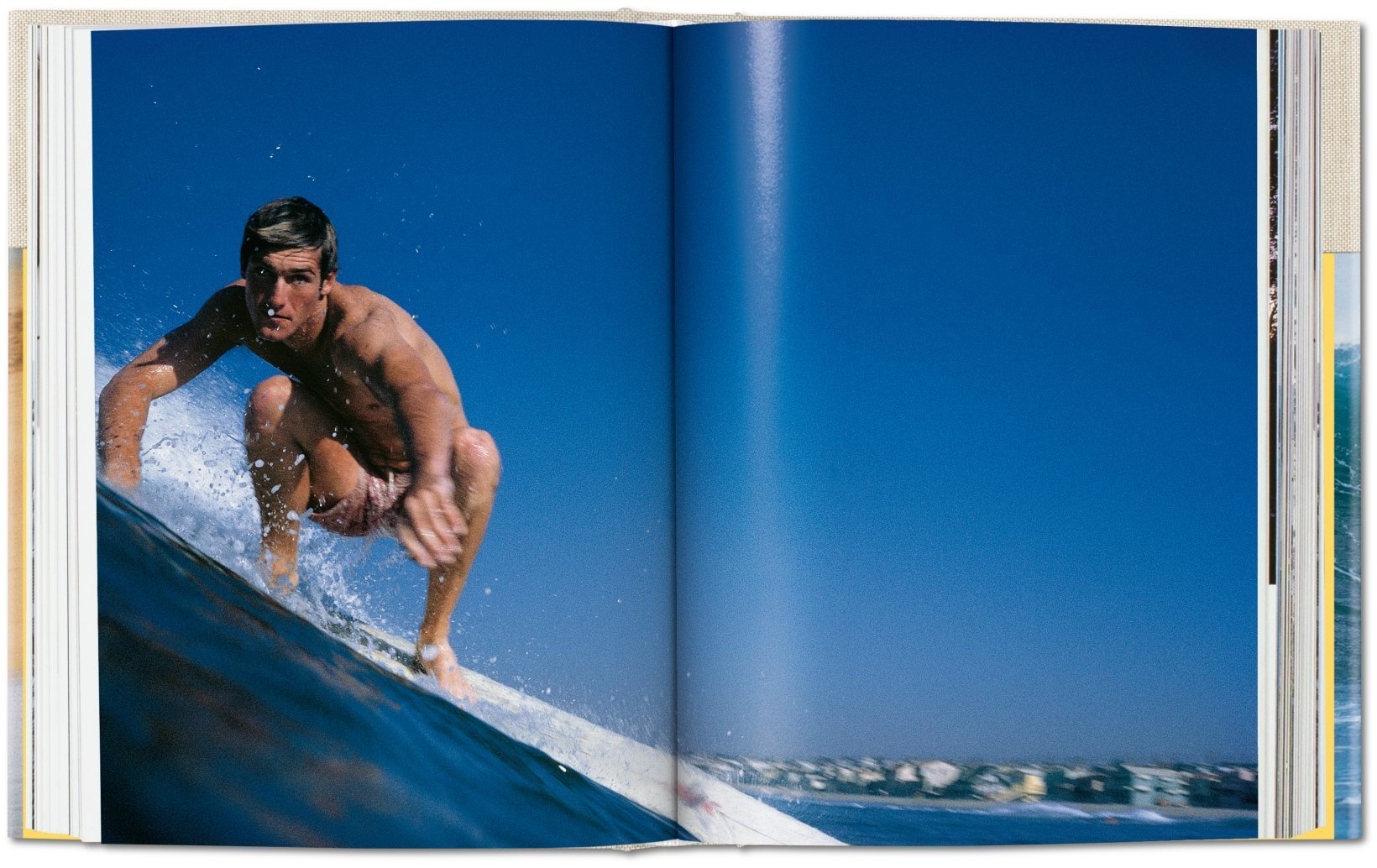 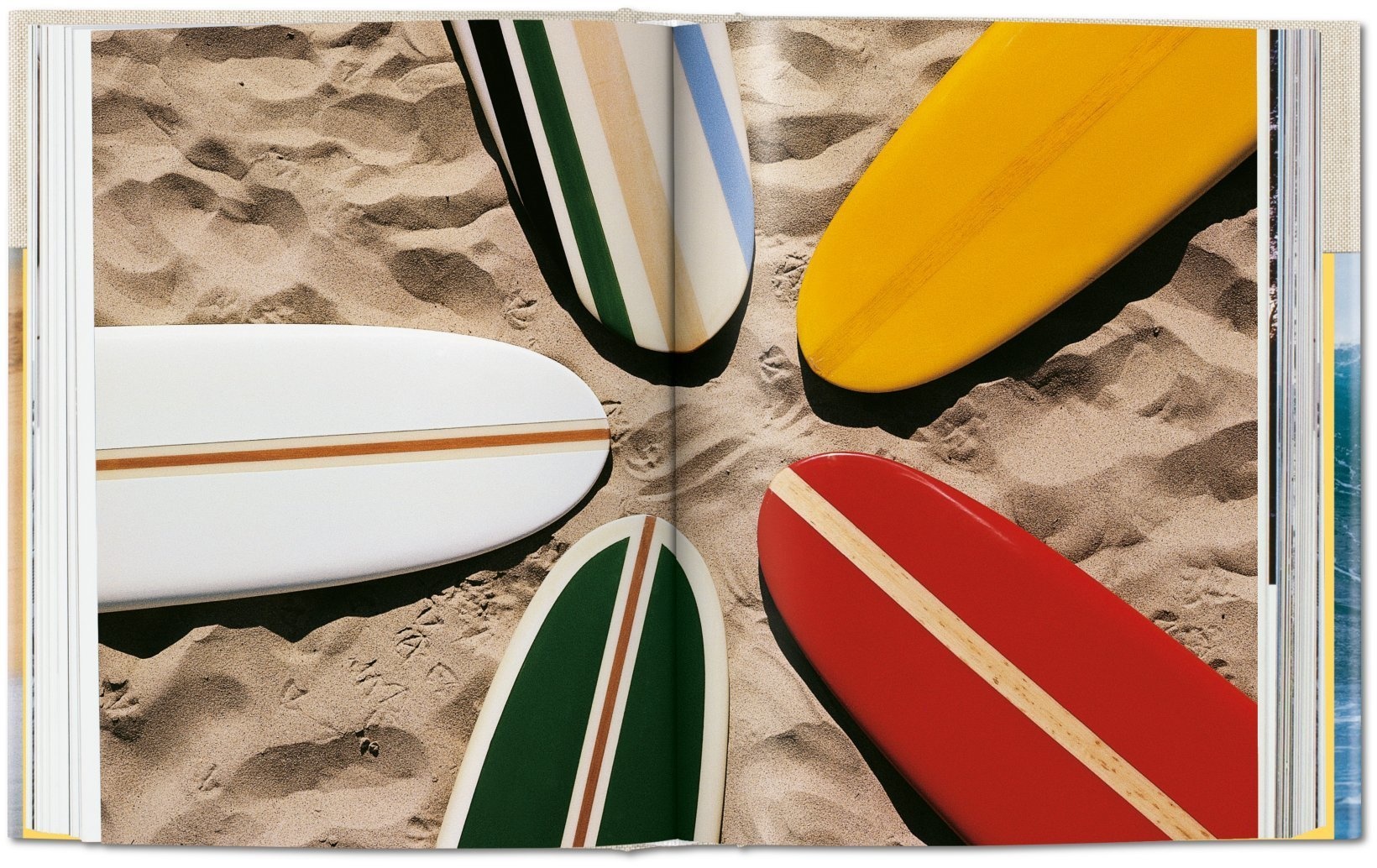 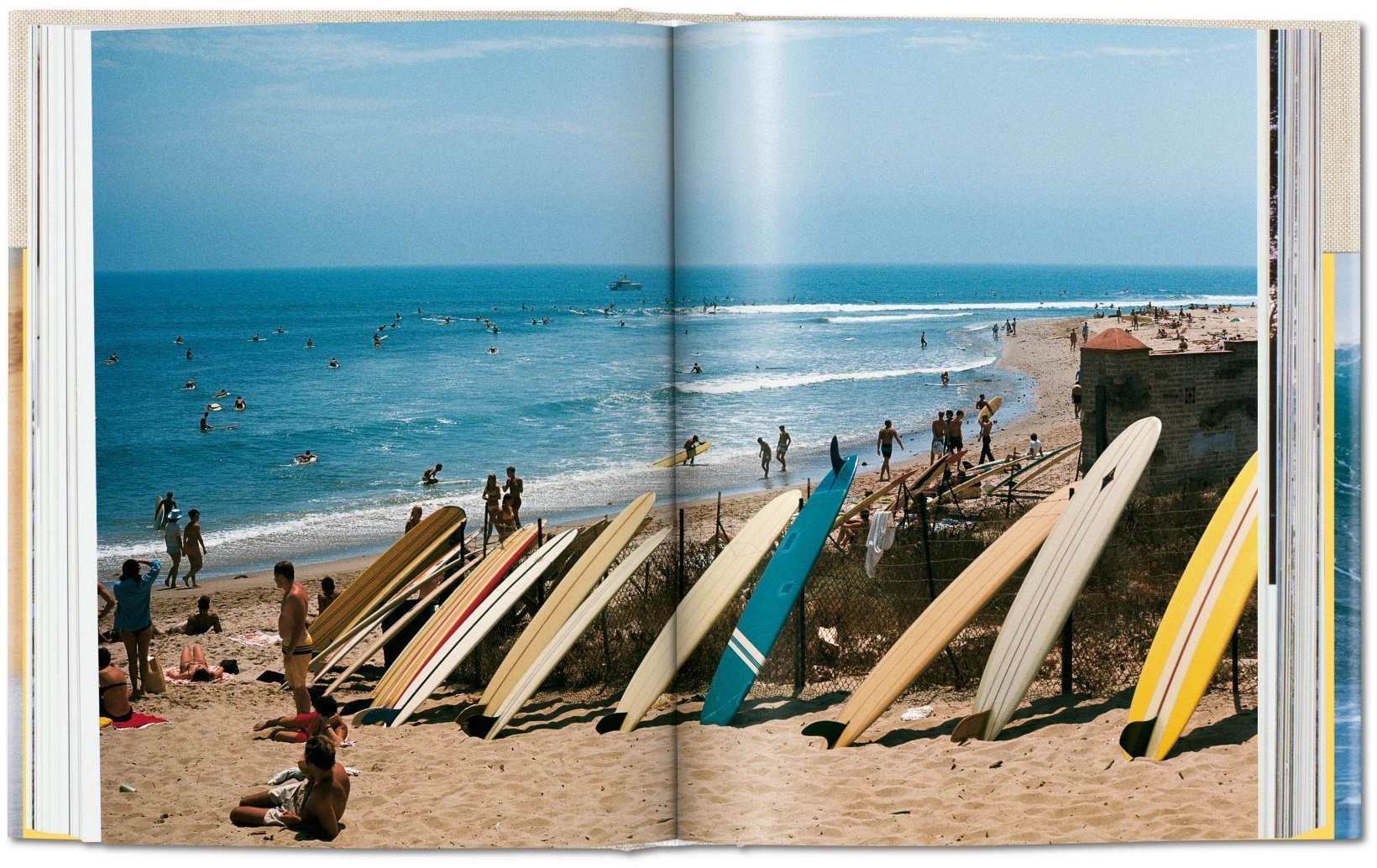 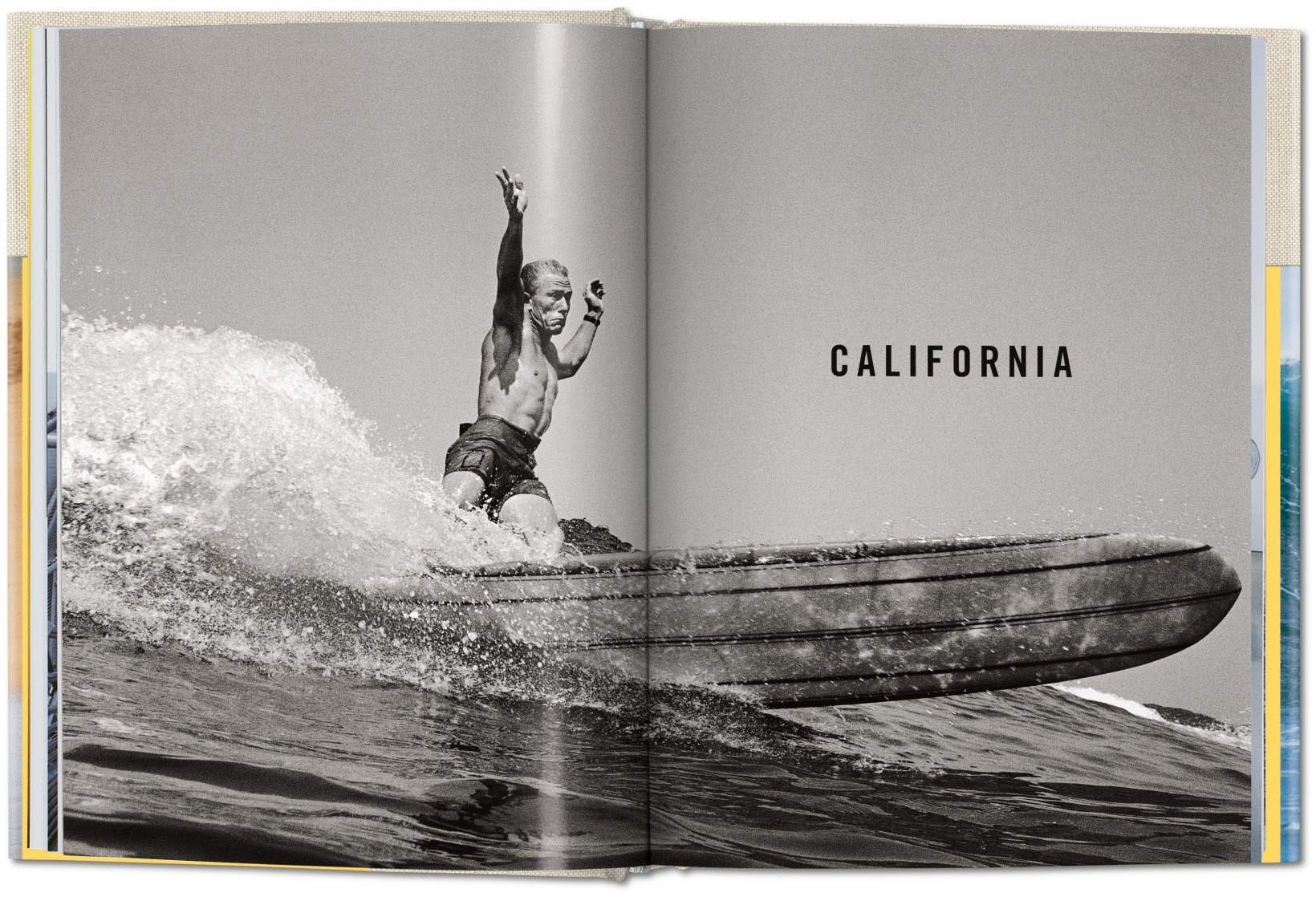 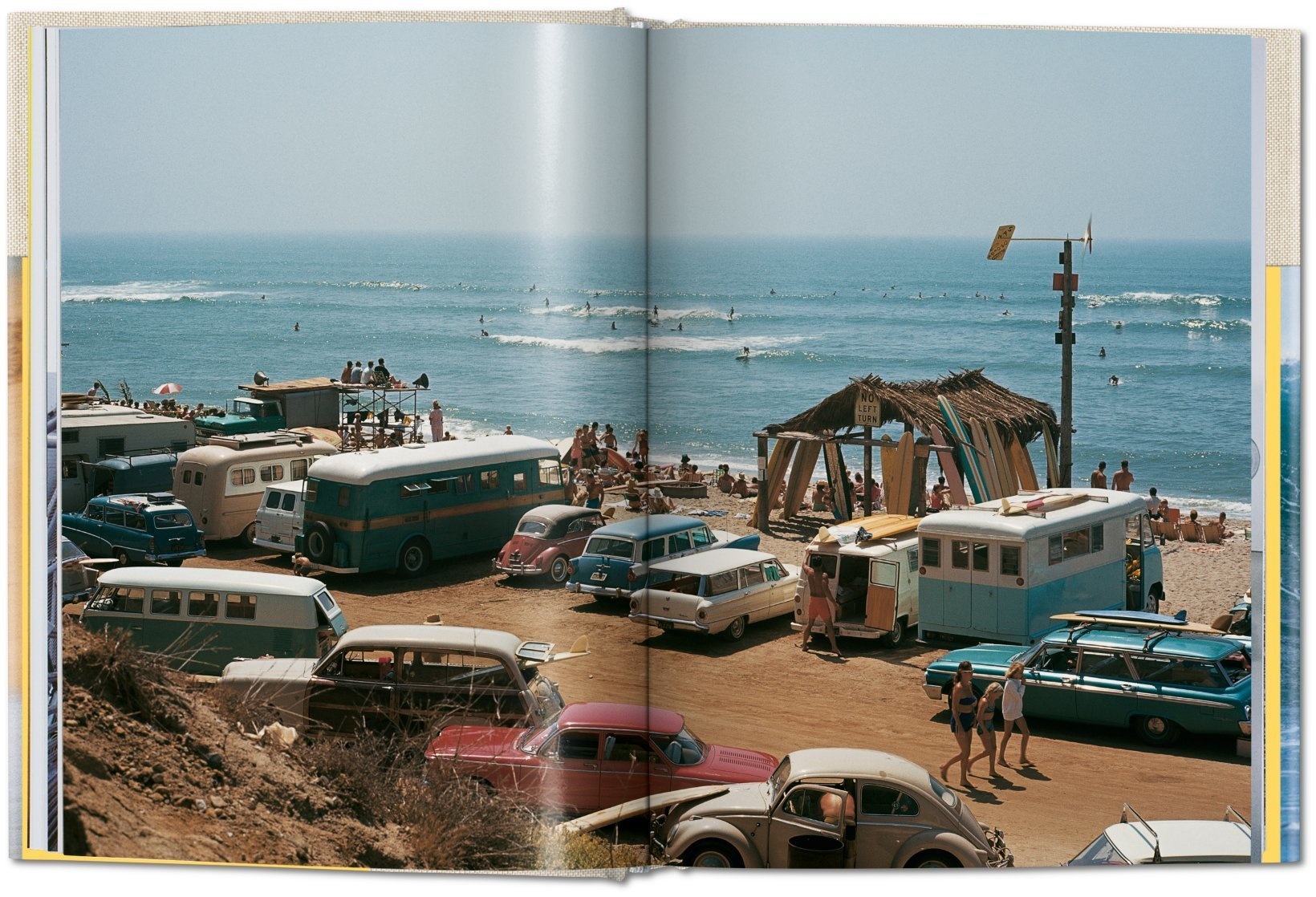 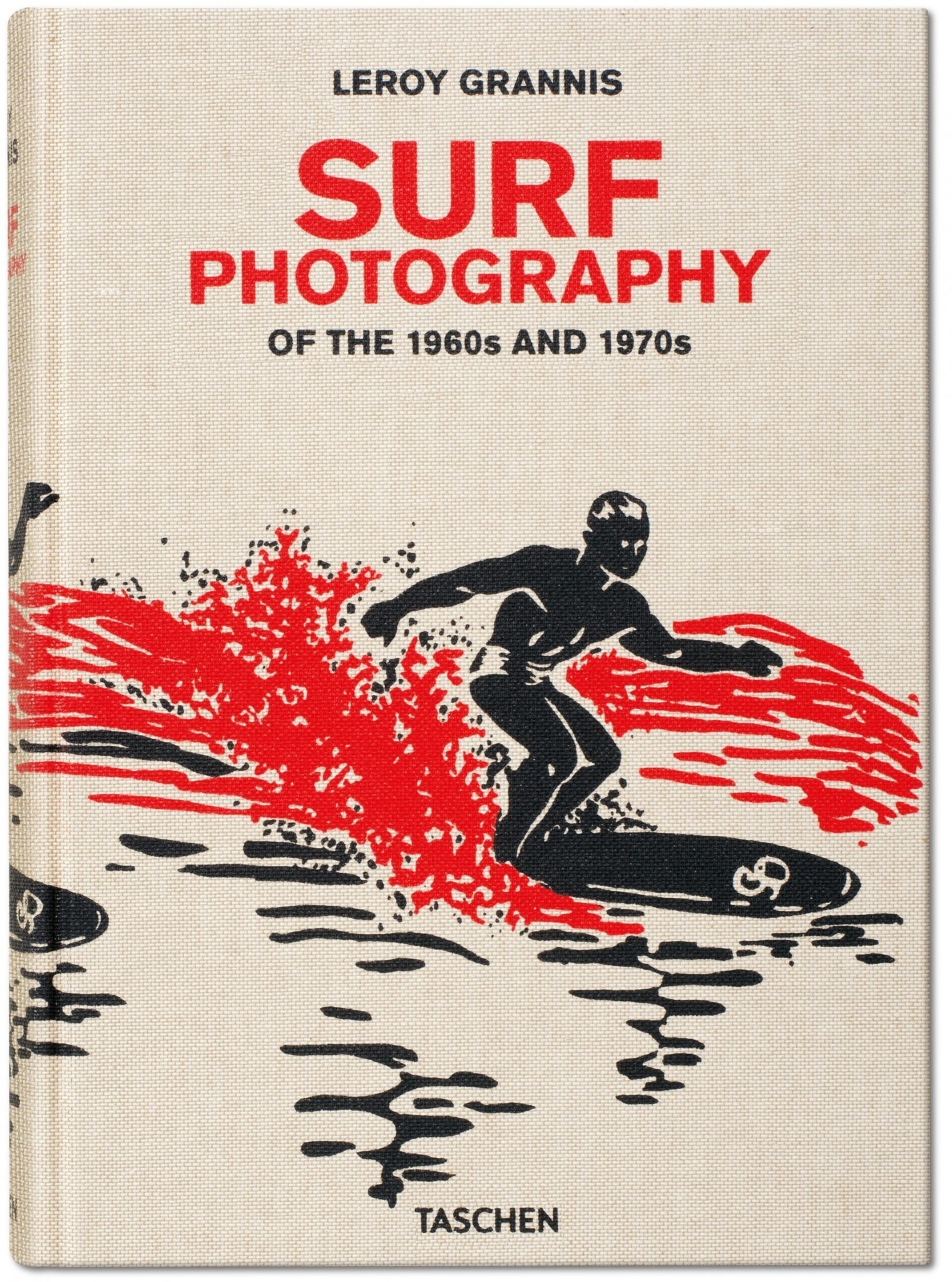 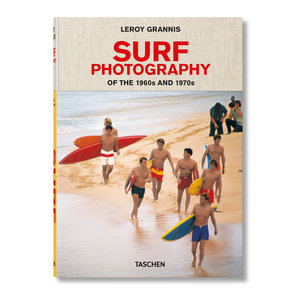 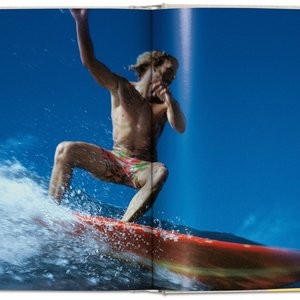 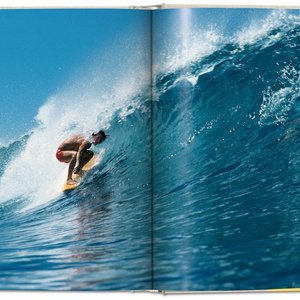 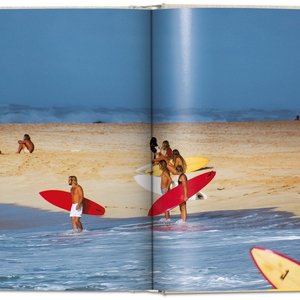 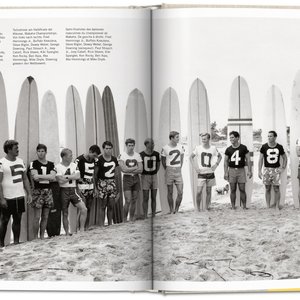 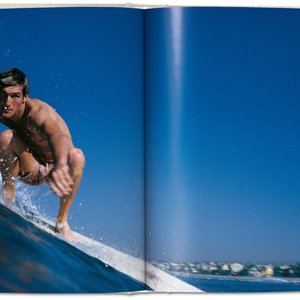 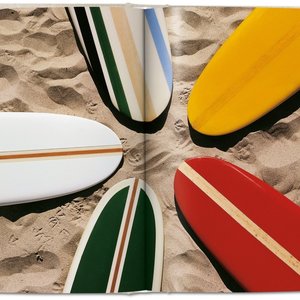 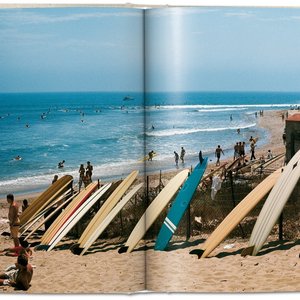 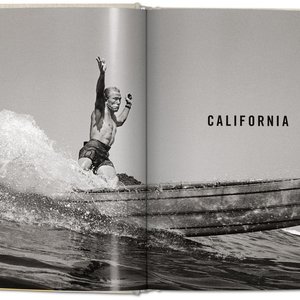 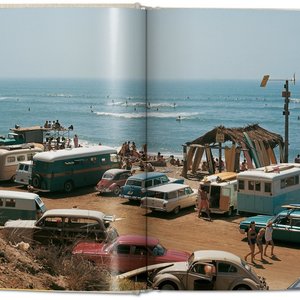 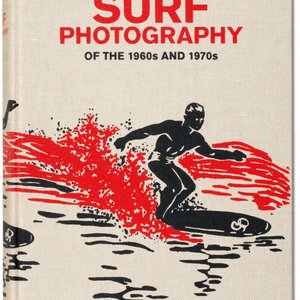 A fresh re-edition of LeRoy Grannis’s sold-out Collector’s Edition, this collection gathers his most vibrant surf photography—from the perfect wave at San Onofre to dramatic wipeouts at Oahu’s famed North Shore. One of the key image-makers in surfing history, Grannis also covers the emerging surf lifestyle, from “surfer stomps” and hordes of fans at surf contests to board-laden woody station wagons along the Pacific Coast Highway.
Leroy Grannis, Steve Barilotti, Jim Heimann
Clothbound, 17.2 x 24 cm, 1.85 kg, 400 pages
At a time when surfing is more popular than ever, it’s fitting to look back at the years that brought the sport into the mainstream. Developed by Hawaiian Islanders over five centuries ago, surfing began to peak on the mainland in the 1950s—becoming not just a sport, but a way of life, admired and exported across the globe. One of the key image-makers from that period is LeRoy Grannis, a surfer since 1931, who began photographing the longboard era of the early 1960s in both California and Hawaii.

This edition brings back Grannis’s hair-raising, sold-out Collector’s Edition, curated from the photographer’s personal archives, to showcase his most vibrant work in a compact and affordable format—from the bliss of catching the perfect wave at San Onofre to dramatic wipeouts at Oahu’s famed North Shore.

An innovator in the field, Grannis suction-cupped a waterproof box to his board, enabling him to change film in the water and stay closer to the action than any other photographer of the time. He also covered the emerging surf lifestyle, from “surfer stomps” and hordes of fans at surf contests to board-laden woody station wagons along the Pacific Coast Highway. It is in these iconic images that a sport still in its adolescence embodied the free-spirited nature of an era—a time before shortboards and celebrity endorsements, when surfing was at its bronzed best.
Add your review
0 stars based on 0 reviews
Add to wishlist / Add to compare / Print
Please accept cookies to help us improve this website Is this OK? Yes No More on cookies »