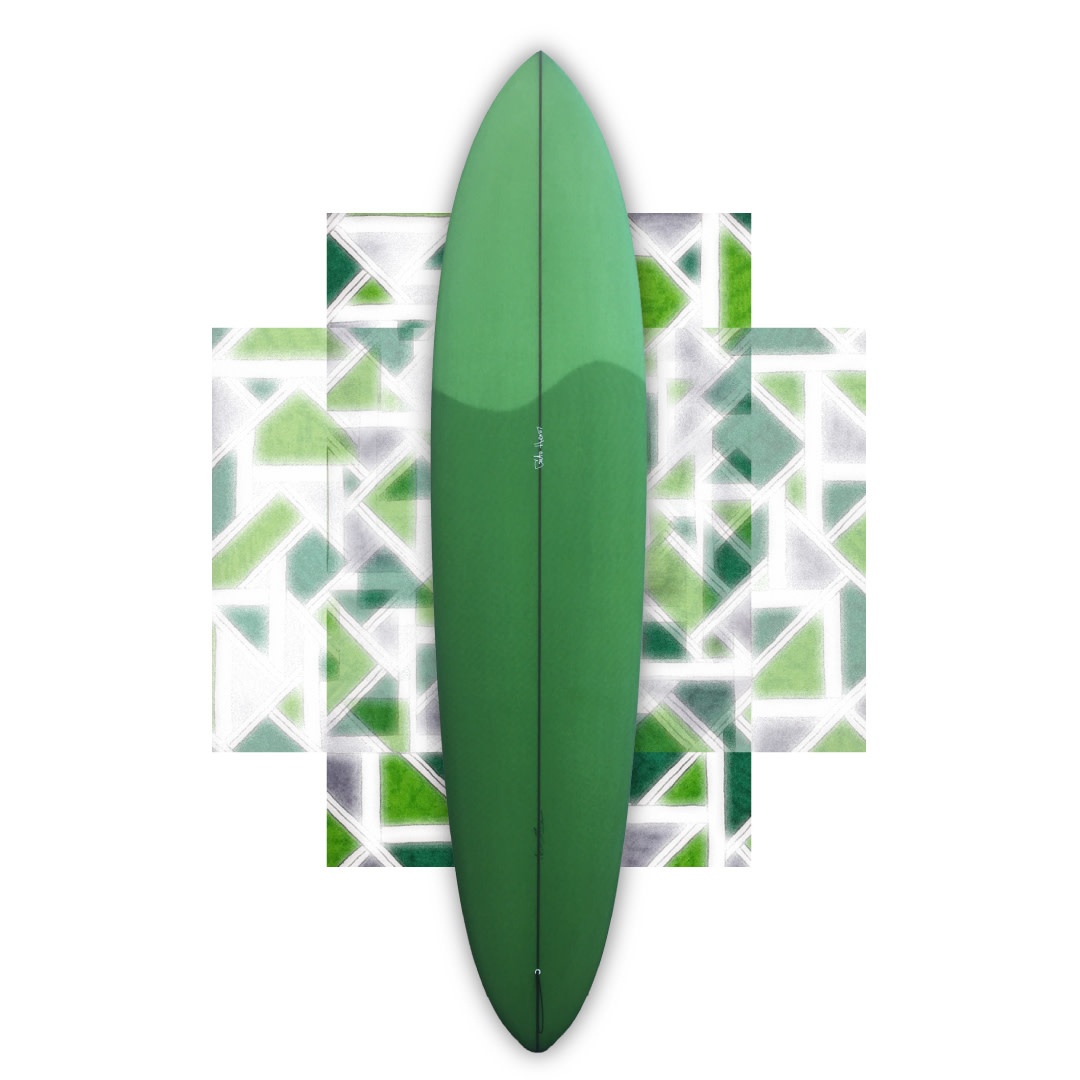 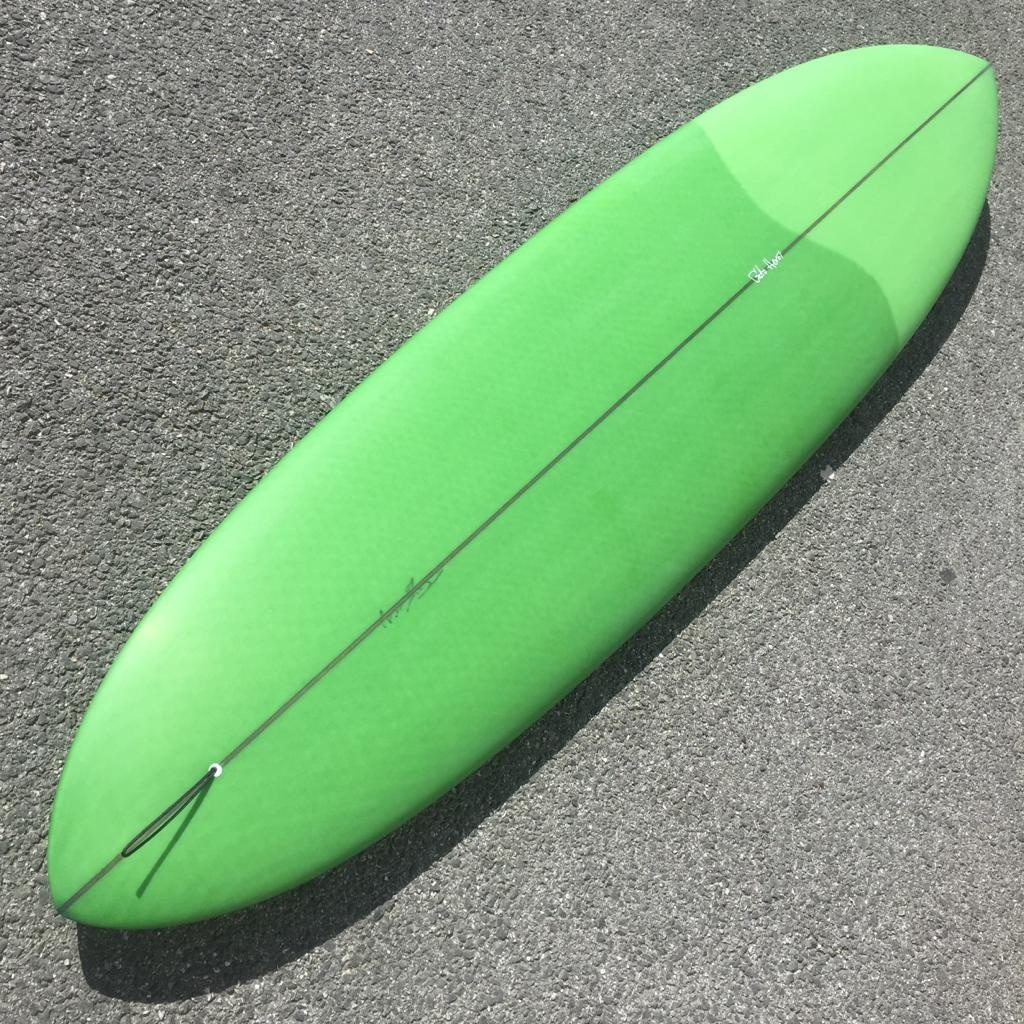 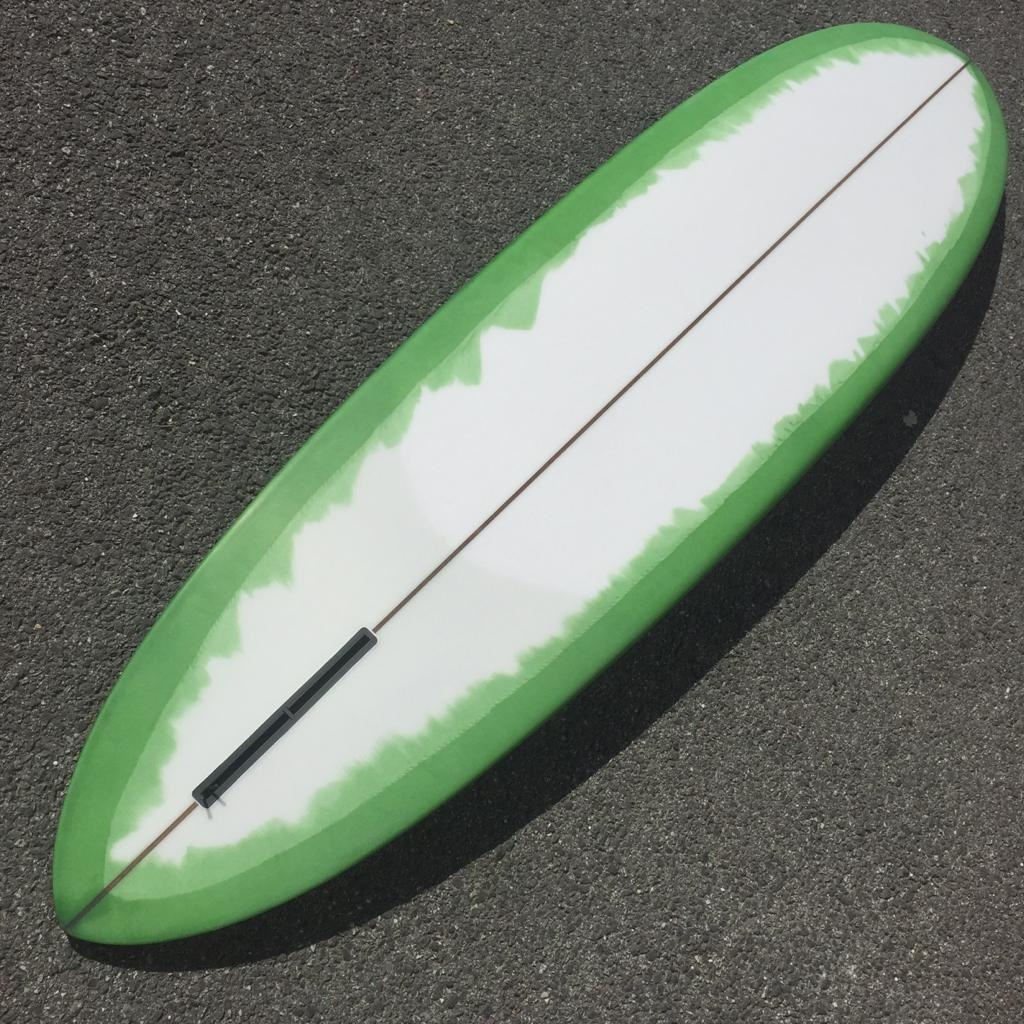 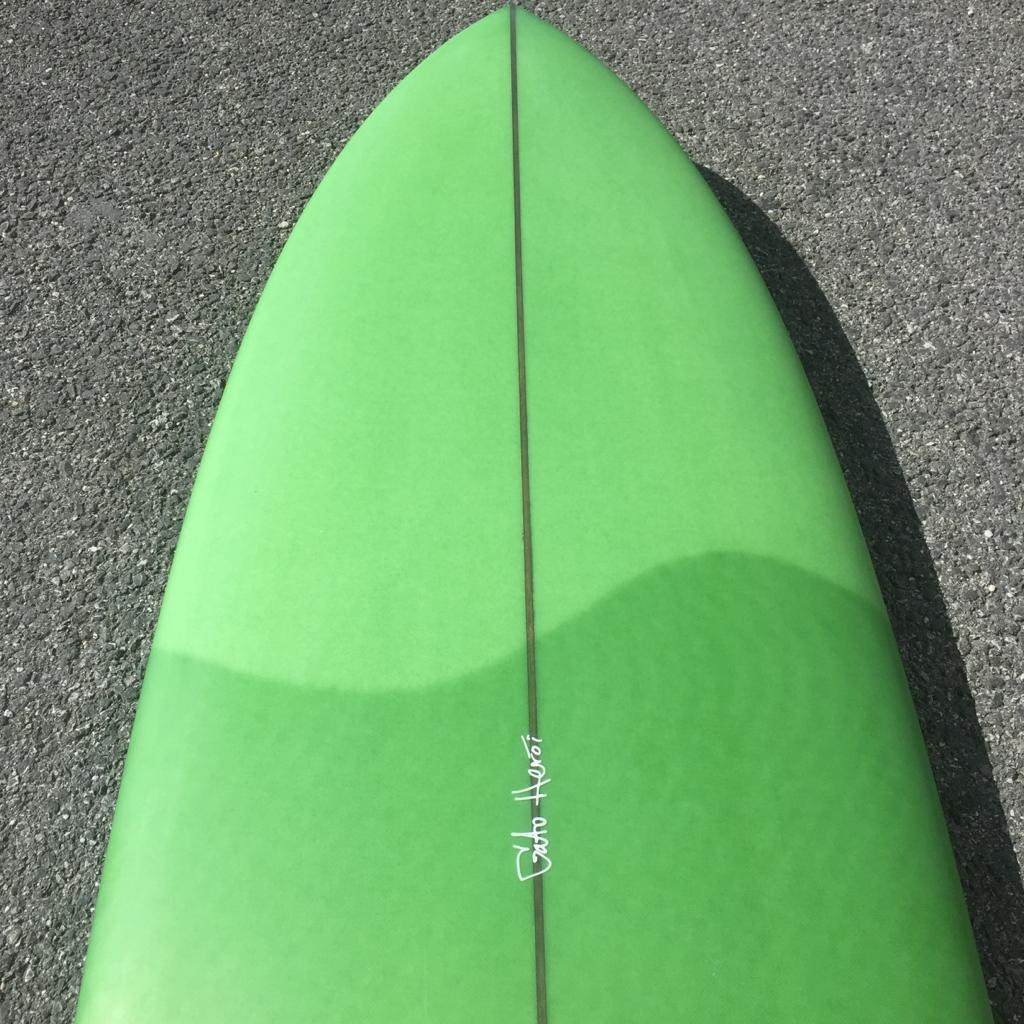 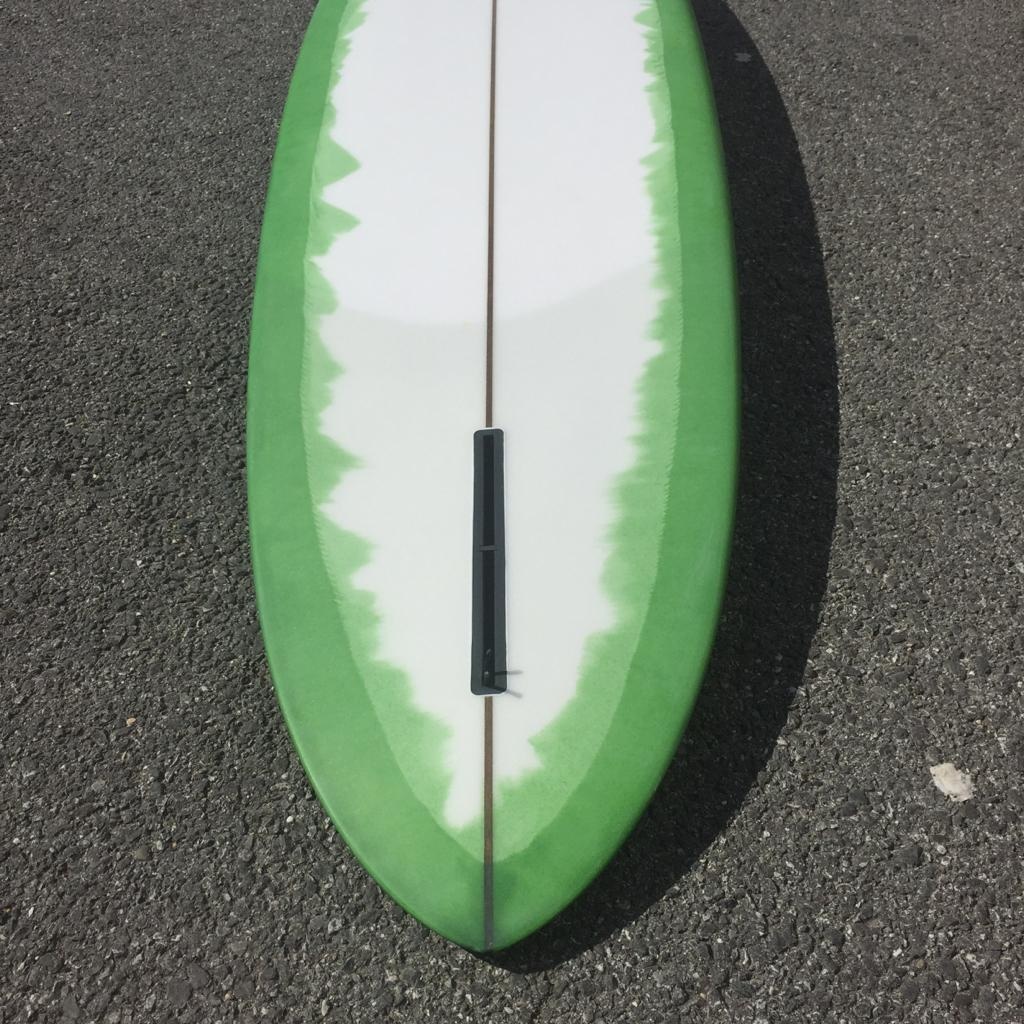 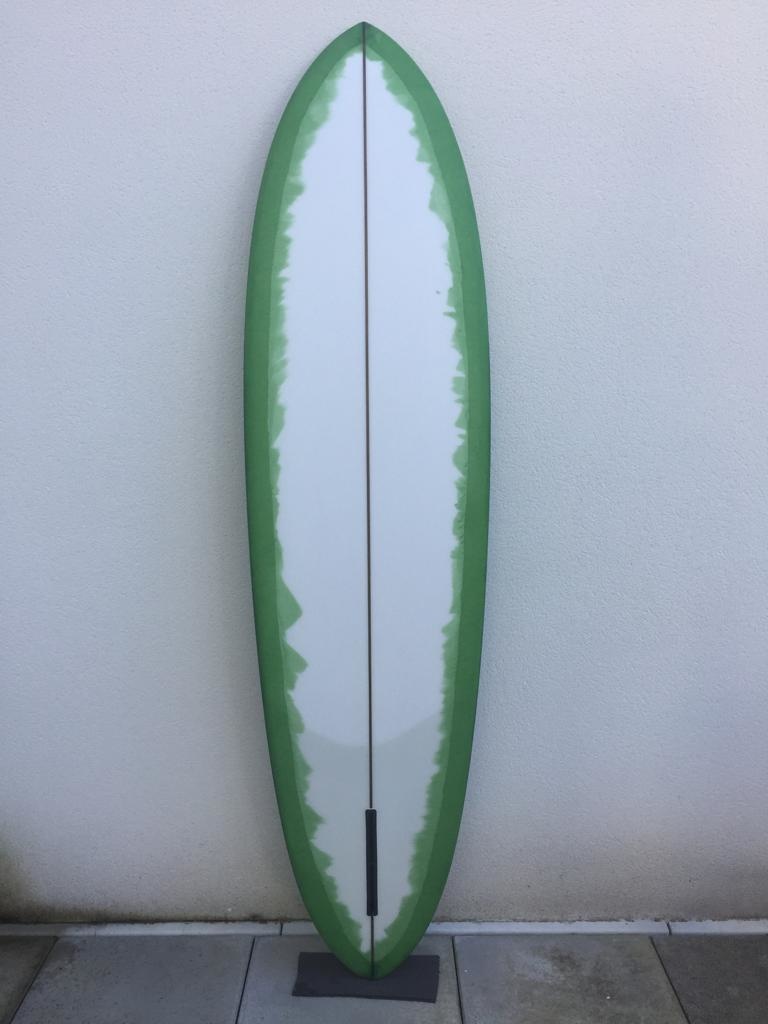 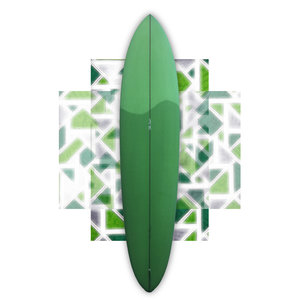 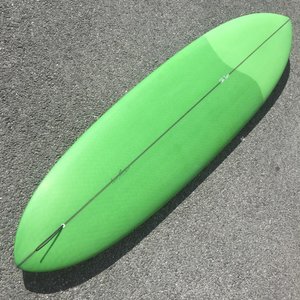 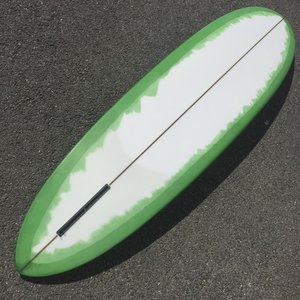 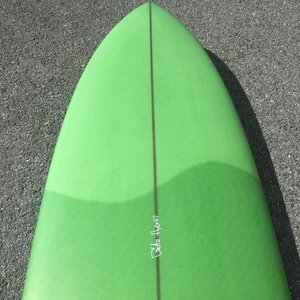 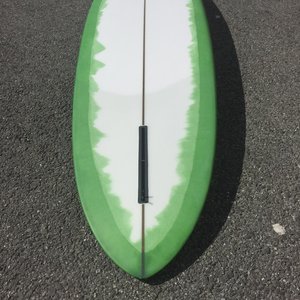 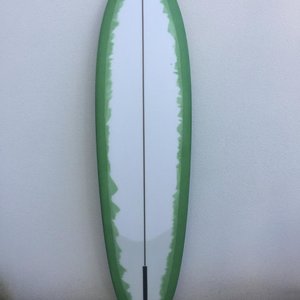 The Acid Drop was developed after a long conversation with surfing legend Wayne Lynch regarding the infamous 1969 surf film, Evolution. They discussed how surfboard design progressed throughout the film and the various parallels that Lynch has witnessed in Kegel's shaping.

The final product... a wide point forward performance oriented hull with a nicely pointed nose and a rounded pin tail. The bottom contour is lightly rolled in the nose and transitions to a spiral vee towards the fin! Spiral vee is very unusual to see from Kegel, that is direct design influence from Lynch. These boards are thin but have somewhat of a boxy rail foil in comparison to Kegel's knifey blades he's know for. The rails start turned up in the nose, transition to 50/50 through the middle, and turn down towards the tail with a sharp trailing edge that starts several inches above the fin. The rocker profile is moderate with a little more flip in the nose and a nicely blended, low tail rocker. 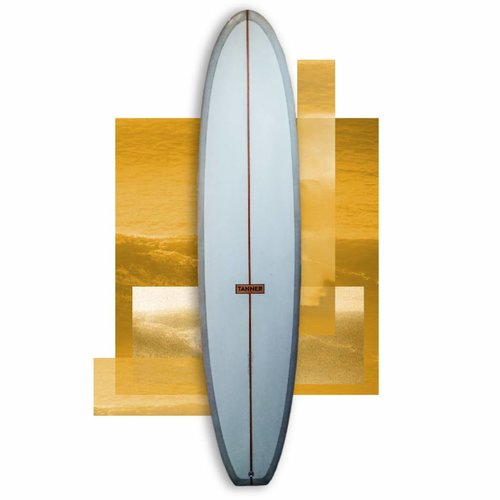 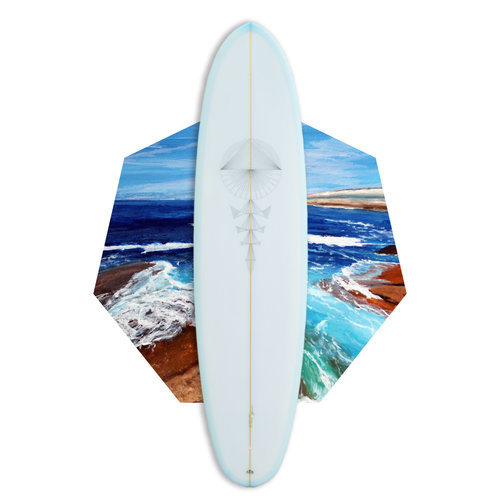 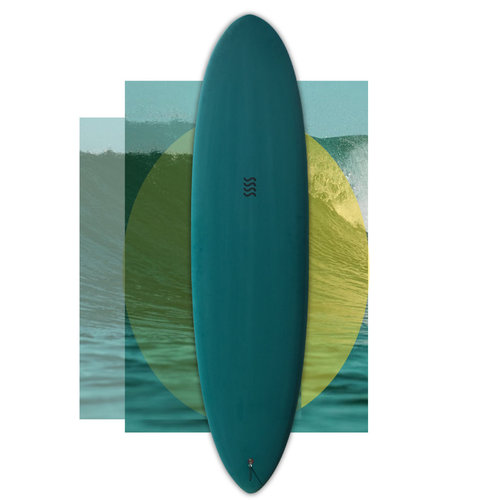 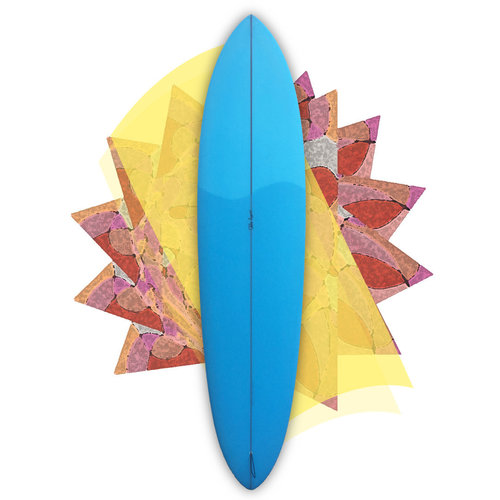