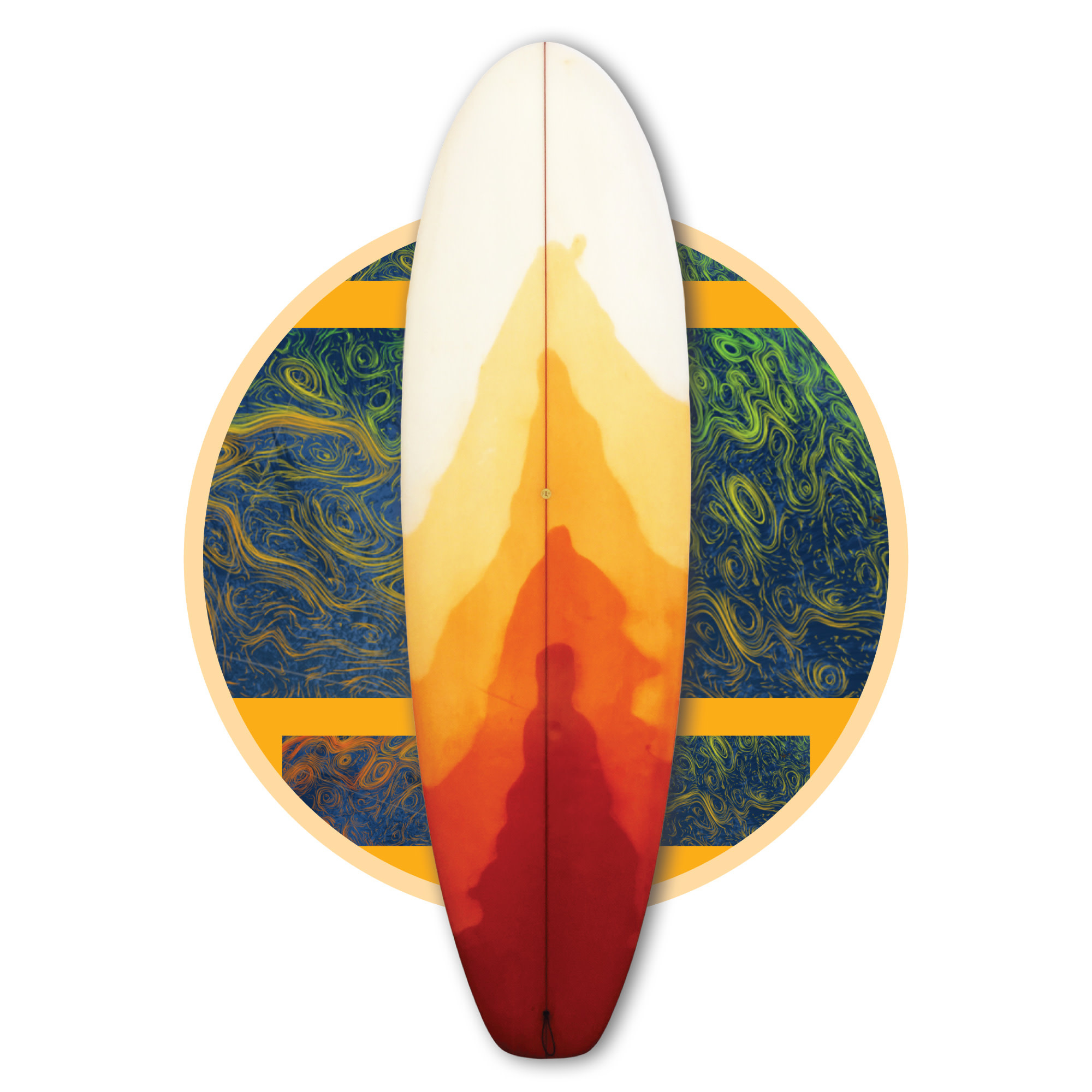 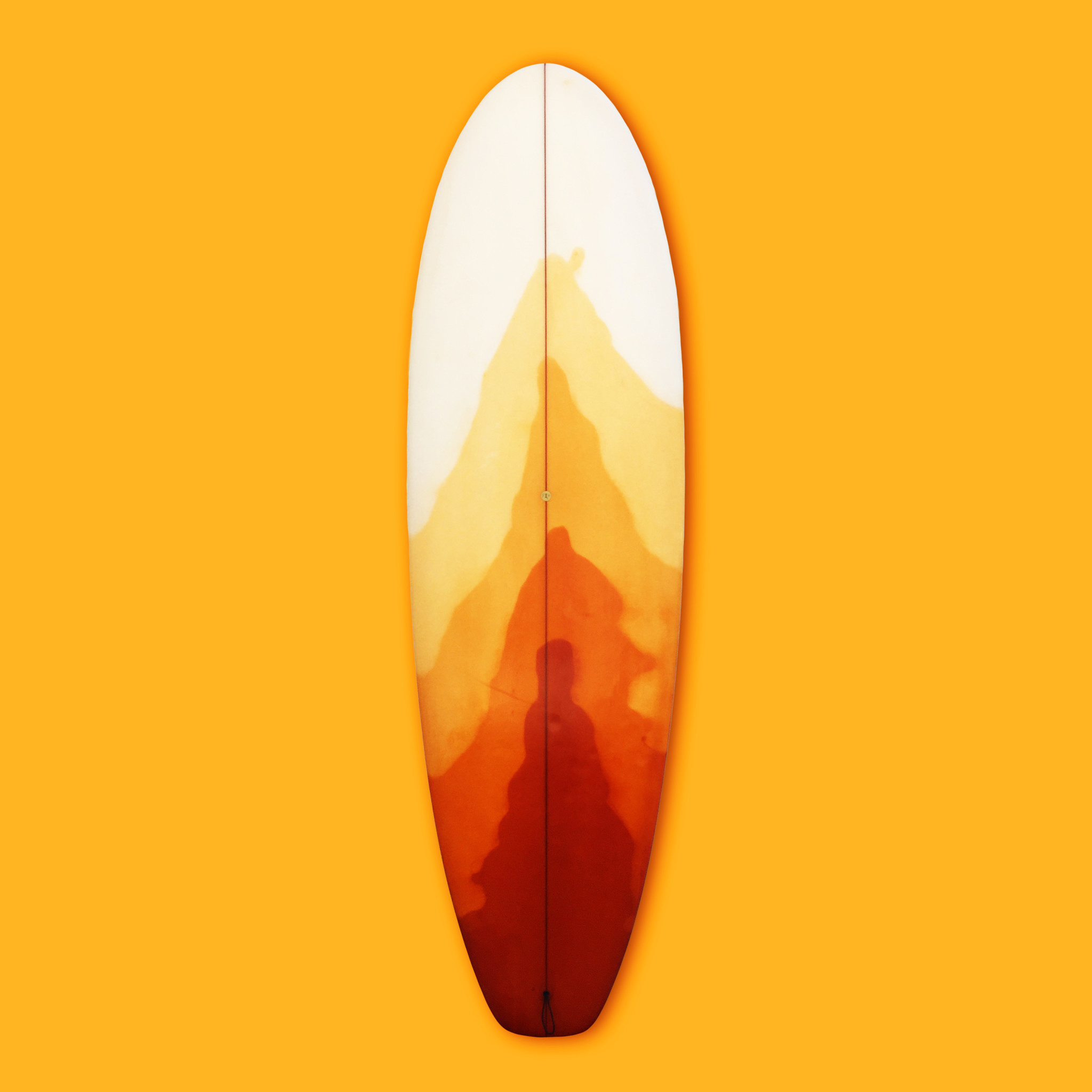 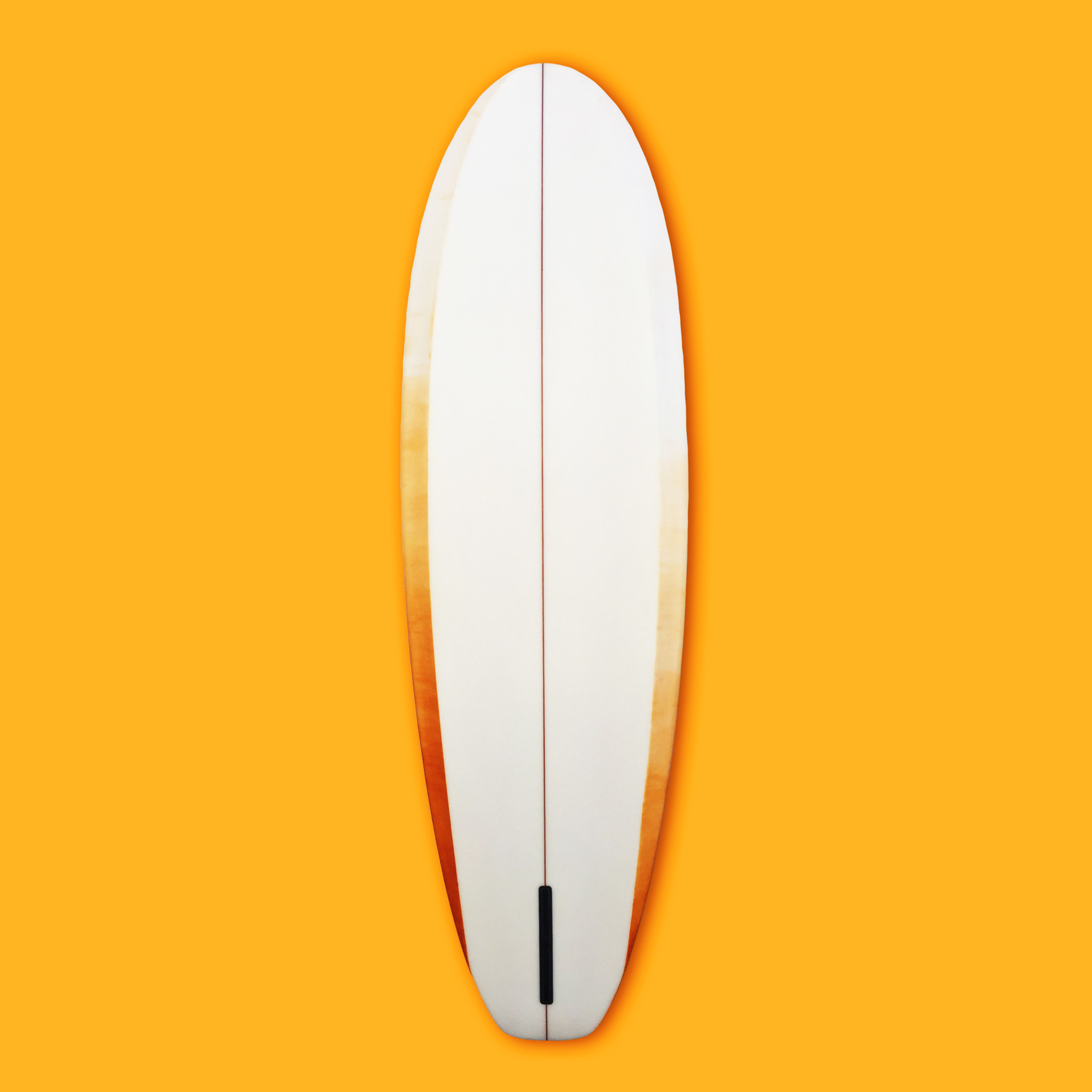 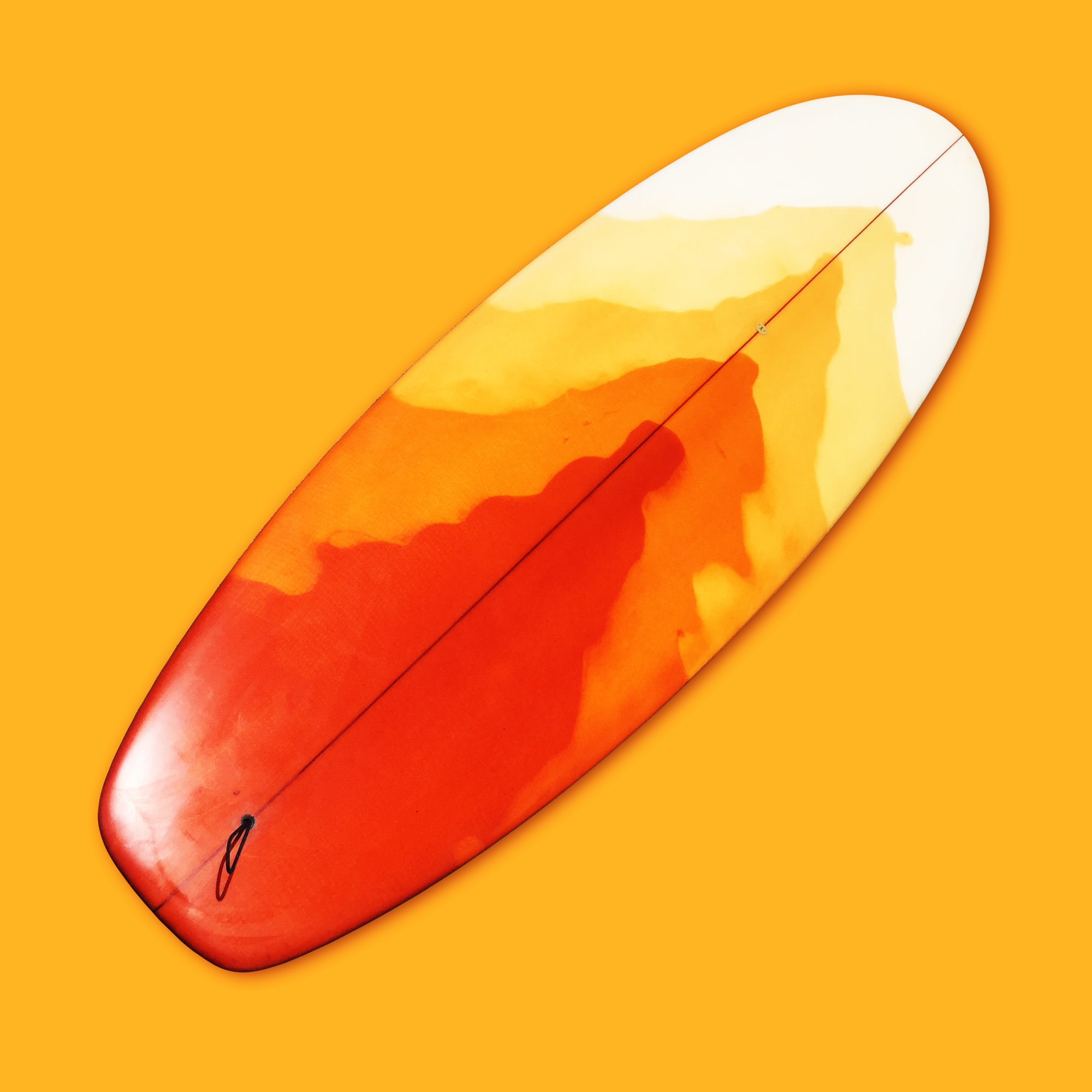 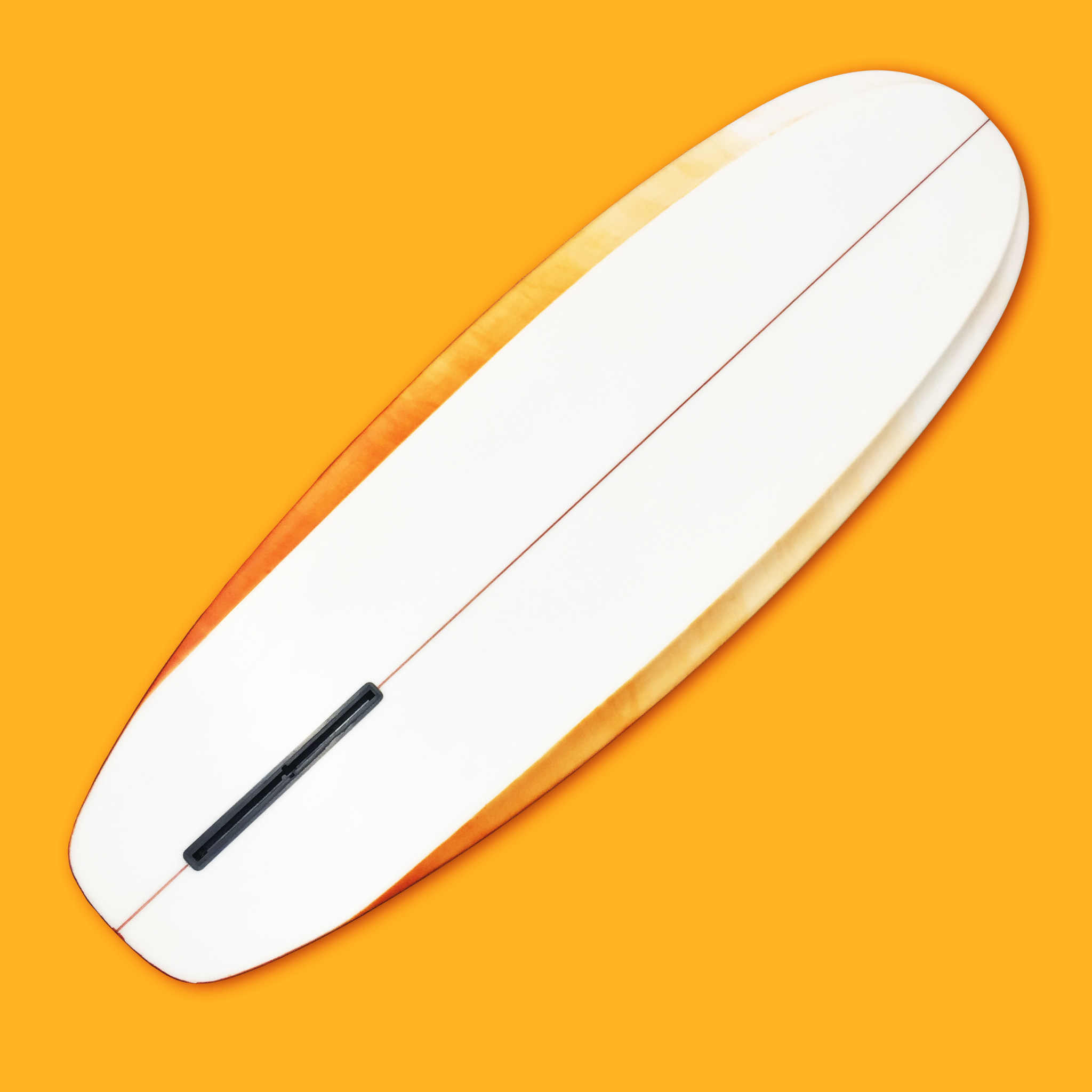 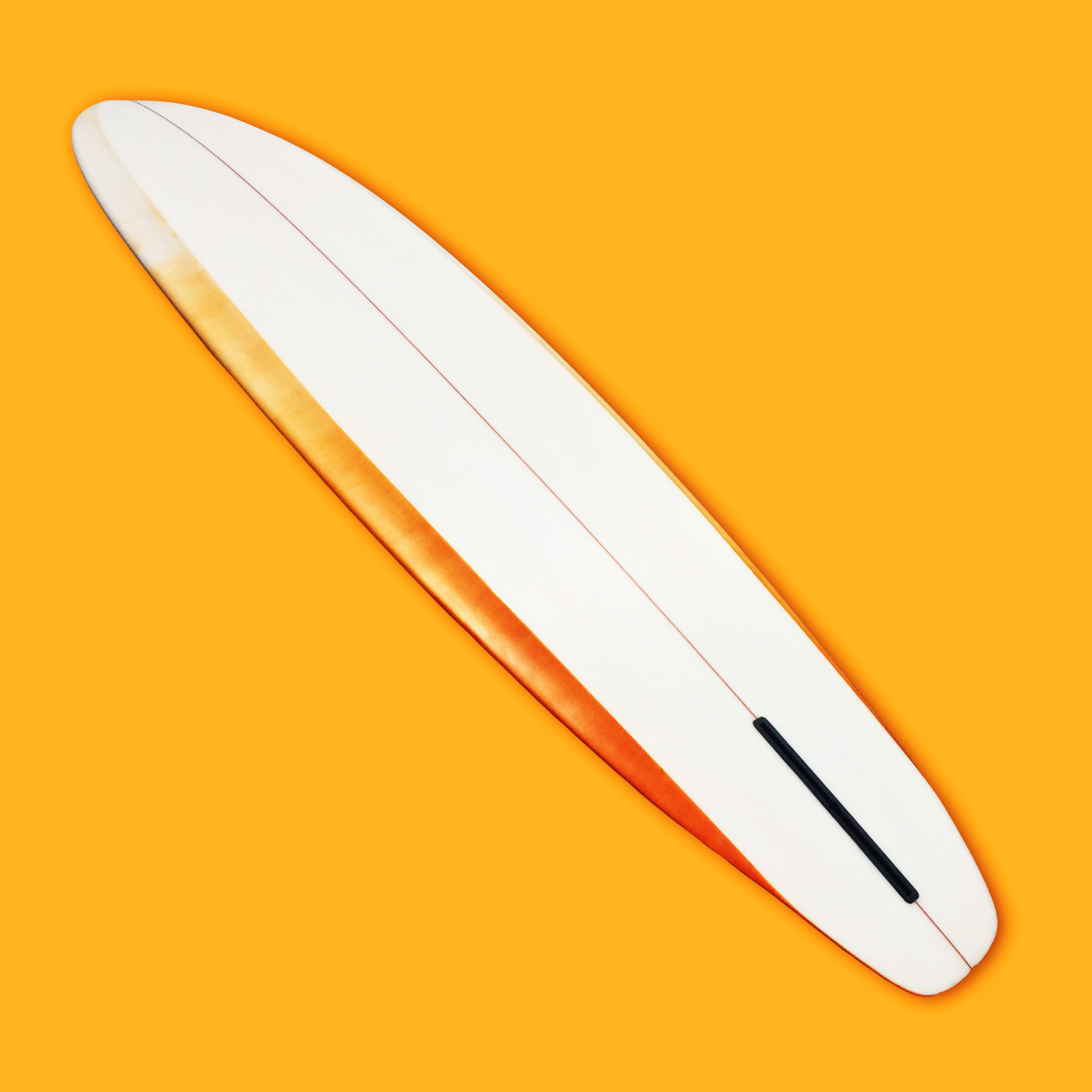 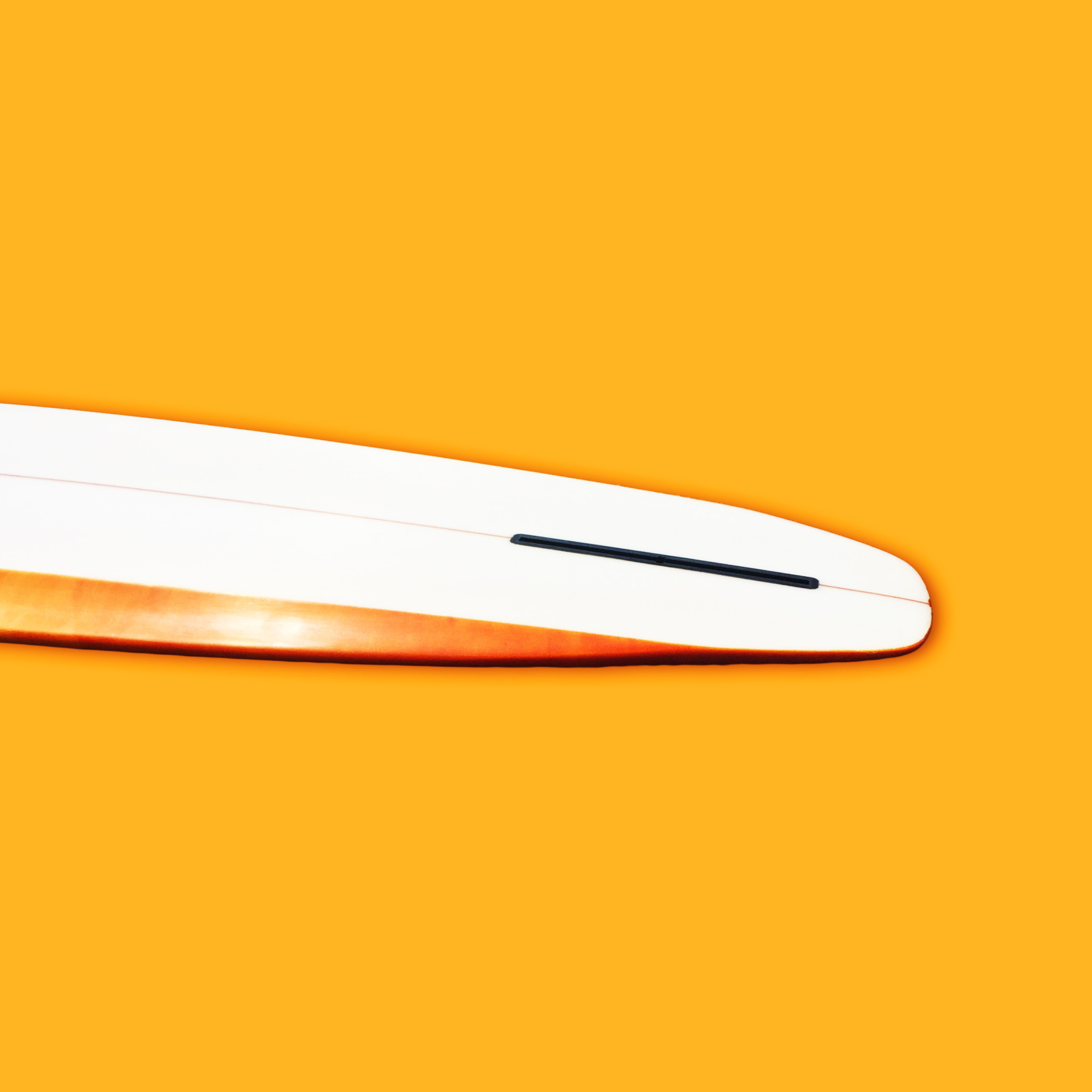 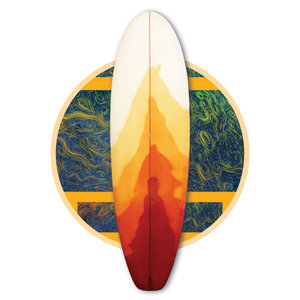 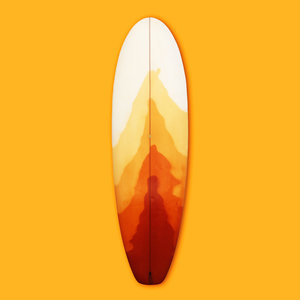 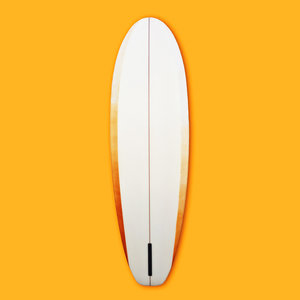 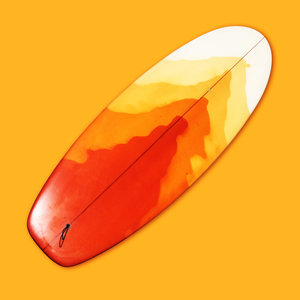 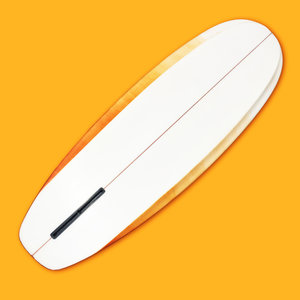 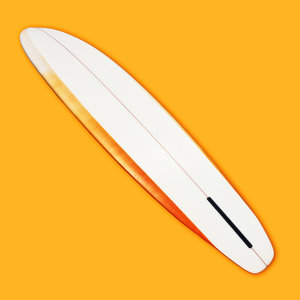 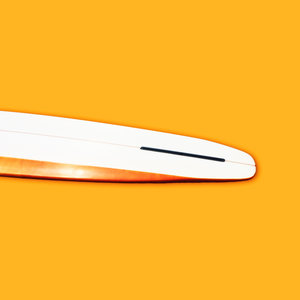 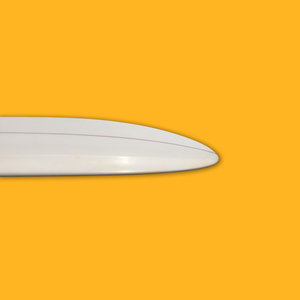 So this here is a special one.

Ode to George Greenough's efforts in marrying the application of adding 'edge' to surfboard rails from his experiments with sailboards and boat hulls.

Like the recent set of boards completed by Andrew Kidman and Ellis Ericson for their On the Edge of a Dream project, this one explores the shape of concave edge rails on a wide and shorter sized board.

The 'edge' concept is such, that by providing extra lift to the rails of a board it allows for higher continuous speeds without breaking plane and losing control. The bottom is essentially a triplane bottom, but by creating a sharply defined edge between the center and side planes, when up to planing speeds the board essentially moves a much smaller surface through the water. Thereby experiencing less resistance, drag and more speed. Especially in less clean waves it will slice up and over the water like it's nothing, where the rails of a traditionally shaped board would experience a lot more chatter and interference from chop.

Edge rails also allow a shaper to hide way more volume inside the board's core, without ending up with fat rails which basically make any board pretty un-turnable.

In conclusion, you, dear surfer, end up with relatively small, fun, high volume board which is faster than anything else in the lineup and will move like hell even in windy conditions. And will turn on a dime.

So this one was custom ordered and surfed around 20 times during the past 6 months.

It has the amount of goofy-footed pressure dents around the tail/middle section you would expect. Otherwise it's clean.

And of course features Angke mr. Flow & Soul's expertly rad custom glassjob, a nice longbox allowing you to play with fin placements and fin types, and a real real hard to do and sick reverse-cut-lap on the bottom. In short, it's a pretty one of a kind piece of surf craft.

Available in the Bidart shop, but we ship globally!

(or, all you Dutch guys, if ordered BEFORE july 4th it's shipped FREE to The Netherlands) 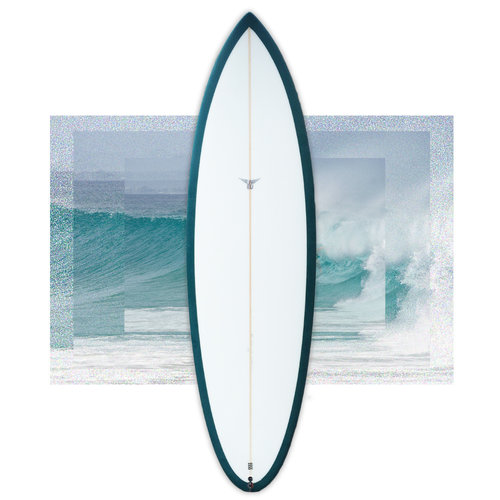 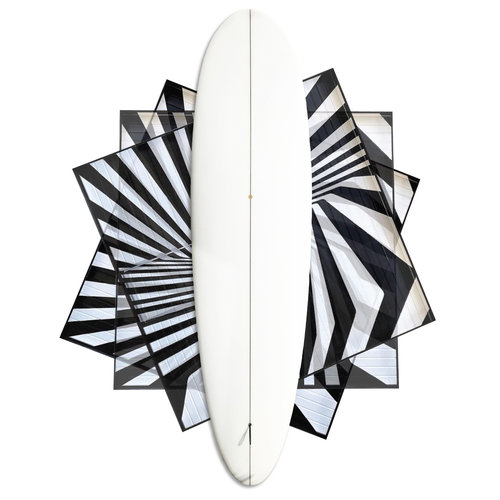